1964: Opening of the Gladesville Bridge 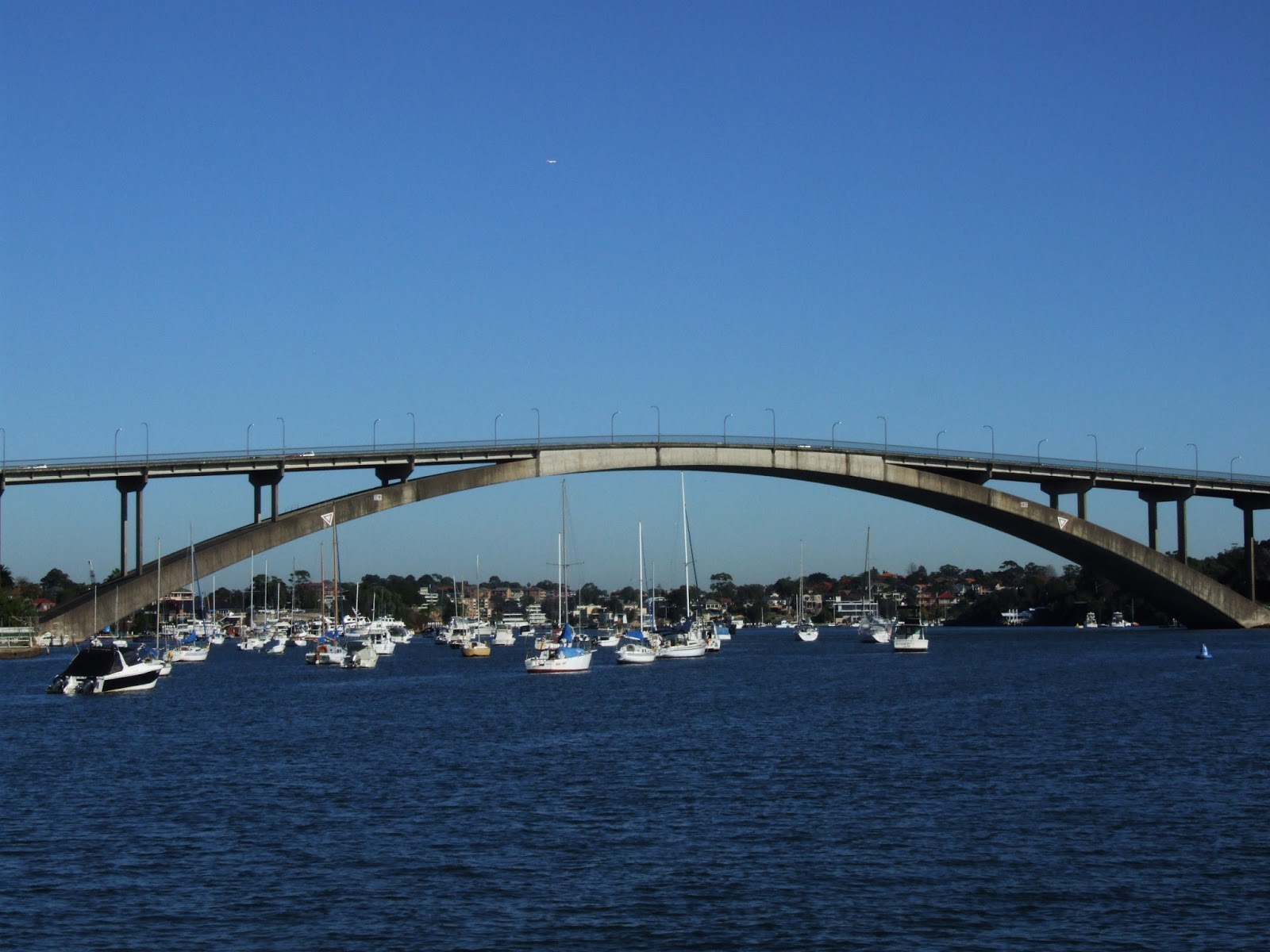 This year the Gladesville Bridge turns 50, and at this stage looks like it will be celebrated with little fanfare. Those who drive over it know little about its engineering feats at the time which makes it a special bridge. Did you know that at the time of completion, it was the longest concrete arched bridge in the world? The longest span is 305 metres while the length of the bridge itself is 579 metres.

But why was the bridge built? It was built to replace a bridge just 300 metres to the west, which would link what is currently Huntleys Point Road at Huntleys Point with Victoria Place at Drummoyne. The bridge itself opened in 1881. 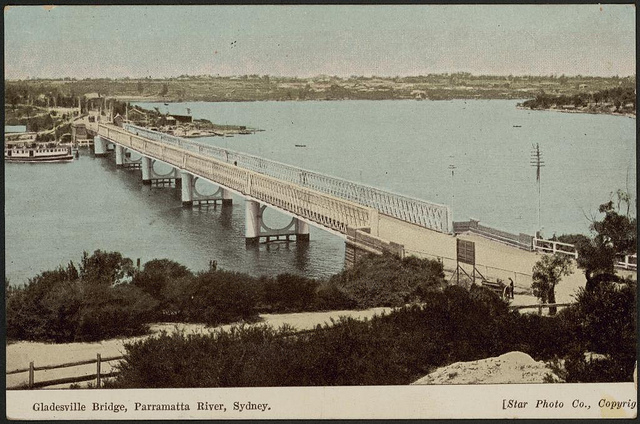 
It could only carry one lane of traffic in each direction plus a tramway. It had a section that could be swung open to enable taller ships to sail through. By the 1950s there were mechanical problems which would stop the bridge from closing. Add in urban growth and increasing use of the car by the growing populace and there was a problem.

Meanwhile, there were plans to build a freeway running west from the Sydney CBD through Gladesville and the North Shore to link what is now the Pacific Motorway (M1) and north-west Sydney (The Castlereagh Freeway which evolved into the current M2 motorway). The bridge itself would form a section of the future freeway like the nearby Tarban Creek bridge which was completed the following year (1965).

Here is how the press covered it all the way back on October 2, 1964, when it was officially opened by Princess Marina. Despite the engineering achievements, it had to compete for attention amongst other news stories at the time. It was reported that 6000 attended the opening before being opened to traffic for peak hour. The Daily Telegraph reported congestion on the bridge and approaches occurring that evening in its paper the following day (October 3). 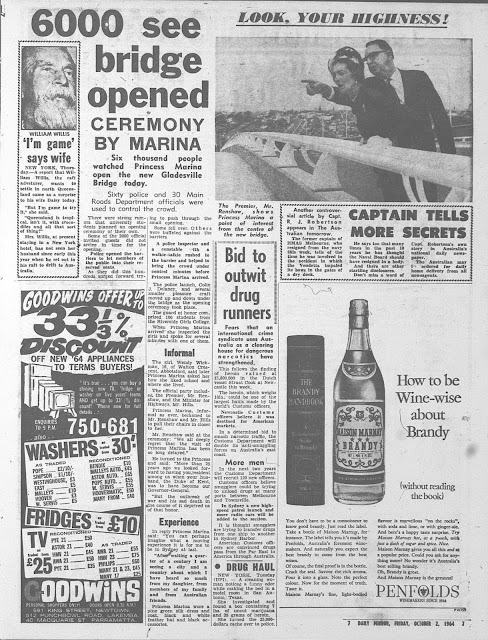 The Sydney Morning Herald was the only paper that provided special coverage of the opening. It produced a special supplement focusing on road projects in NSW and focused on the bridge itself. I have decided to share an illustration that they produced of its construction. 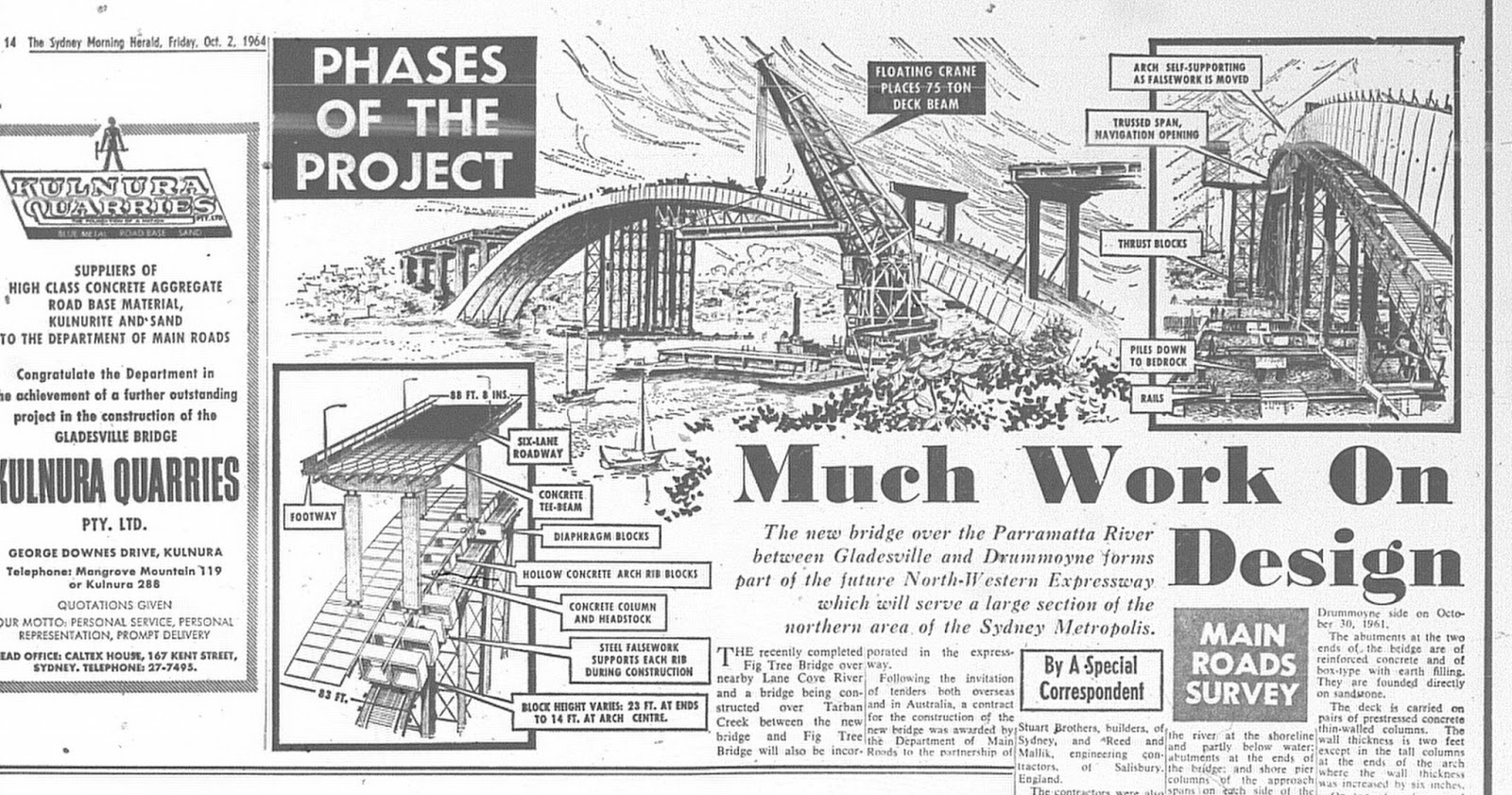 The original Gladesville Bridge no longer remains but two of the spans remain; one each on each side of the Parramatta River.

Property Advert of the Week: The Comenarra, Turramurra (1964)

This week, I share an advertisement promoting The Comenarra estate at Turramurra on the North Shore. The estate was being developed by Lend Lease You could have your own home and land for just 1600 pounds ($3200) with everything custom made. 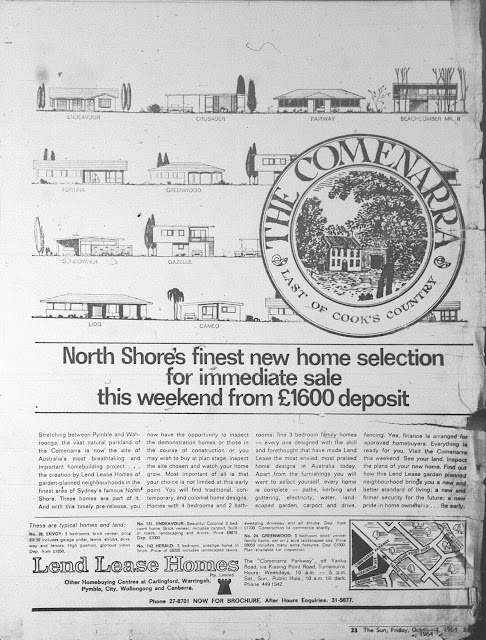 1997: The Millennium Train is born 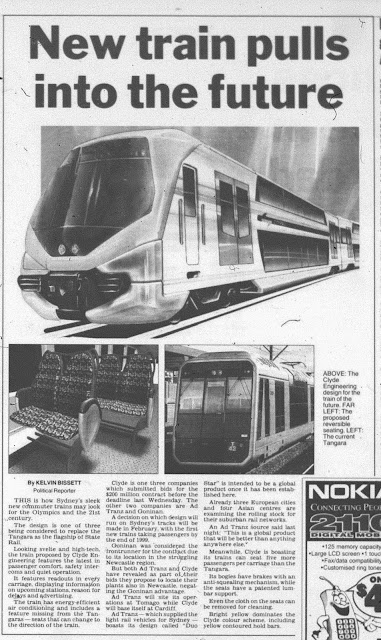 In 1997, the push was on to have new trains in time for Sydney Olympics and to begin the replacement of the S-Set Trains. In November that year, Sydneysiders were introduced to what would become the Millennium Trains.

At the time it was one of three options, but what is disappointing about The Daily Telegraph article is that we only really see one option, the option that would ultimately be selected.

Sadly the trains were not ready in time for the Olympics. The delays were compounded by engineering problems during testing. It would be 2002 before the first Millennium trains hit the network. I for one did not get to ride on one until a year later.

Currently, they operate on the T2 and T3 lines serving the Southern, Inner West, Bankstown and East Hills lines. 141 Carriages were built.

This week we head back to the ever booming south-west - Mt Annan. 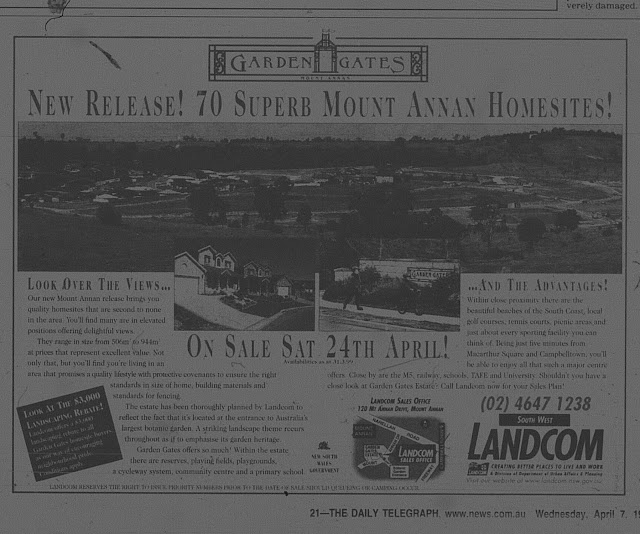 The collapse of the property market in the early 1990s led to the shelving of construction projects in central Sydney. Many of the sites had been excavated with no major construction. World Square was lucky to have parts of the basement built and a section of one of the four proposed towers.

Obviously, this led to the streetscape in sections of the city looking unappealing. However the Olympics led to a building boom during the late 1990s and still some sites were left empty.

Sydney City Council felt that the swarms of tourists descending on Sydney would be embarrassed by this sight and came up with a plan to erect temporary shops at street level at those sites as part of preparing the city for the Olympics.

One such site was the former site of the Regent Theatre (now Lumiere Residences). Seven temporary shops were constructed and lasted until 2004 when Frasers were able to commence construction on the site of a residential high-rise tower and a serviced apartment tower.

Here is a photo I took of the temporary shops in early 2003. Bookstores eventually moved to Railway Square. It is no longer there but Basement Books ensures that you can still get yourselves a cheap read. 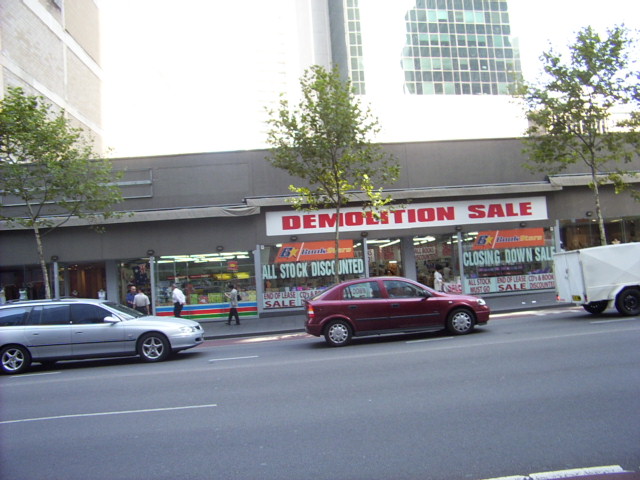 Property Advert of the Week: The Endeavour, Miranda (1992)

This week, we head off to Miranda where some apartments in The Endeavour still remained on sale in 1992. 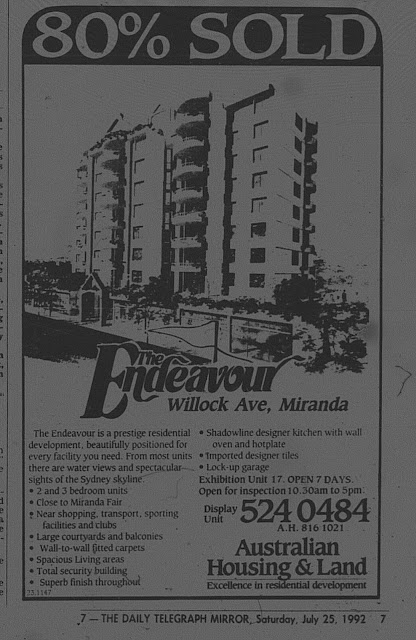 Wooloomooloo's famous finger wharf had fallen into disrepair by the late 1980s. Demolishing it seemed the easy way out at the time.

It began in 1987 when a plan was proposed to remove the wharf and build a "Monte Carlo" style marina. 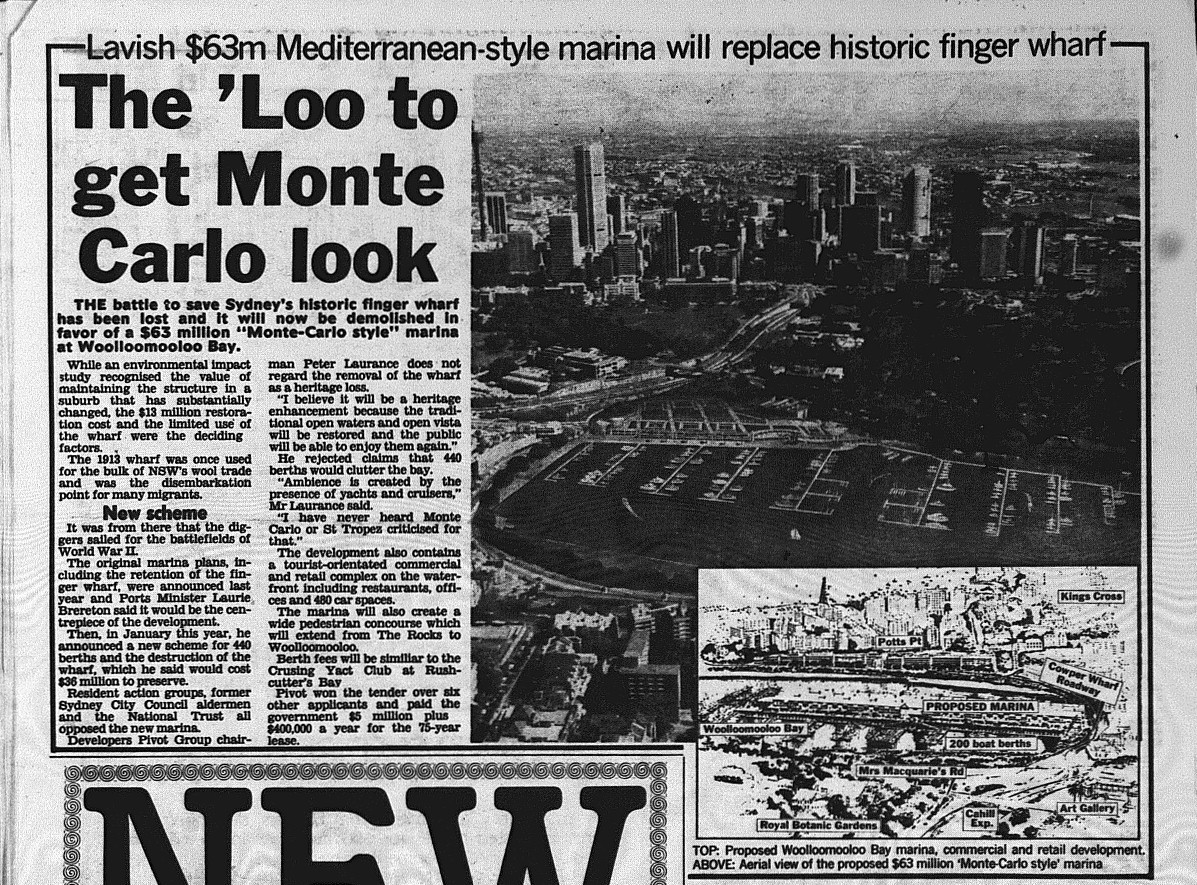 That did not impress Premier Barrie Unsworth who then ordered a conservation order to protect the wharf in December 1987, with the support of Environment Minister Bob Carr.

In early 1989, a proposal to redevelop the wharf was proposed, not liked by Federal Treasurer and architectural critic Paul Keating. The proposal comprised of a 400 room hotel, offices and shops. 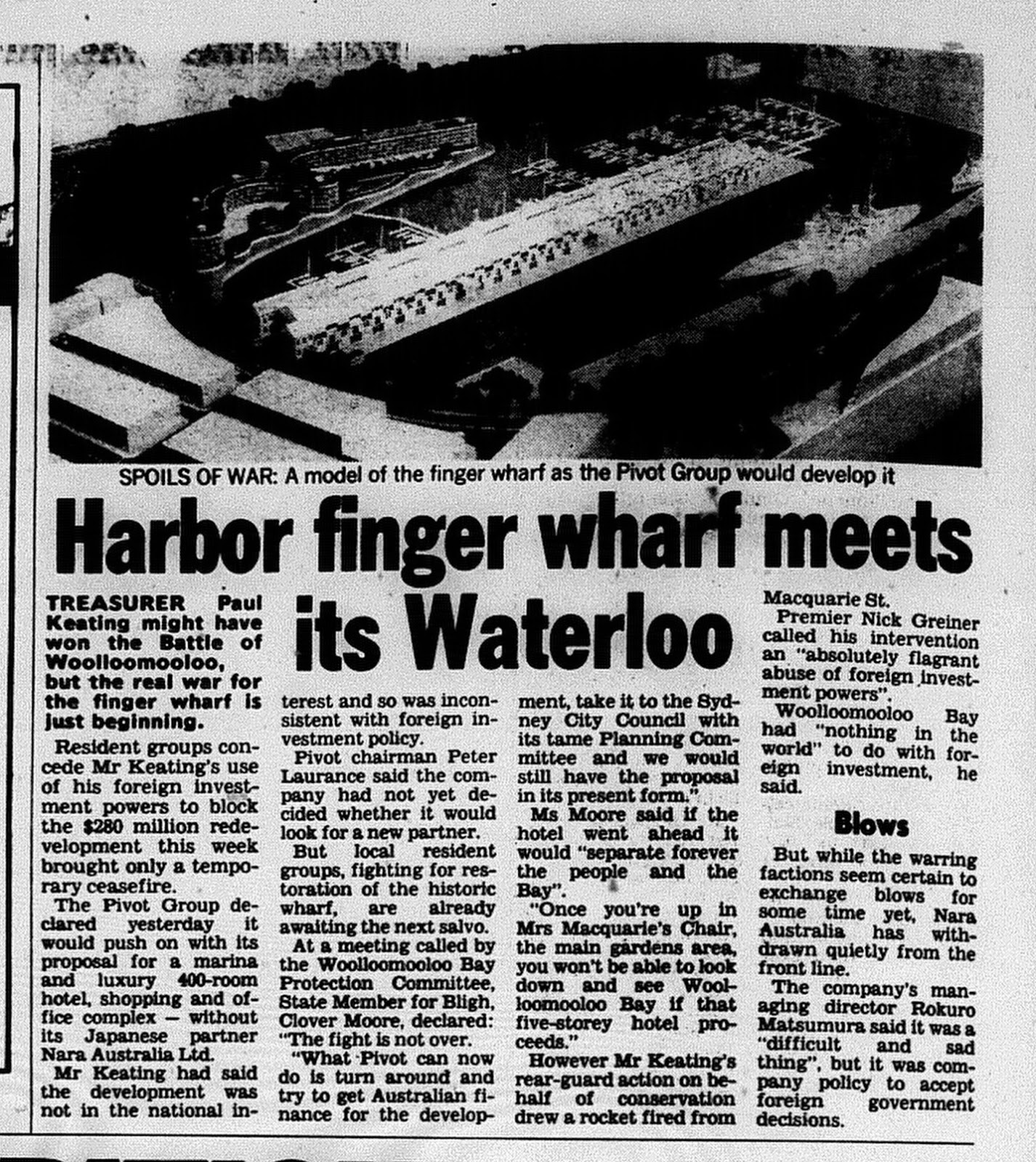 But later that year, a conservation order was to be lifted to save $20 million in maintainence costs and open the waterway to the public by demolishing the wharf. The plan to convert the building into a hotel would not proceed. 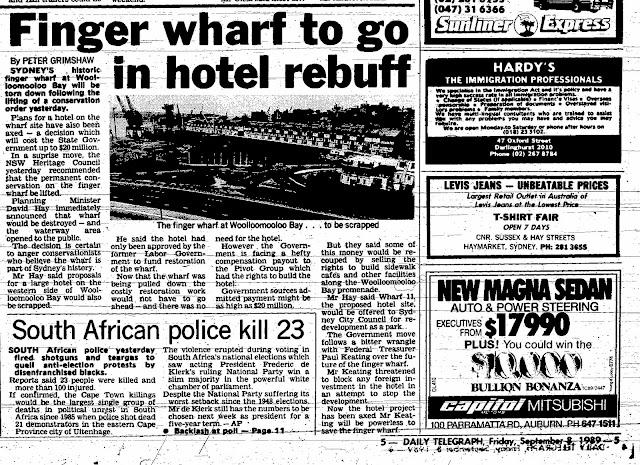 This did not impress Sydneysiders,who held public rallies to save it from demolition. It was successful.

Walker Corp and Multiplex would convert the wharf into an upmarket residential and hotel complex which was completed in 1999, just in time for the 2000 Olympic Games.

In fact it has become one of the premier addresses in Sydney. Hollywood actor Russell Crowe and radio presenter John Laws call the wharf home. The late Charlotte Dawson also lived there. 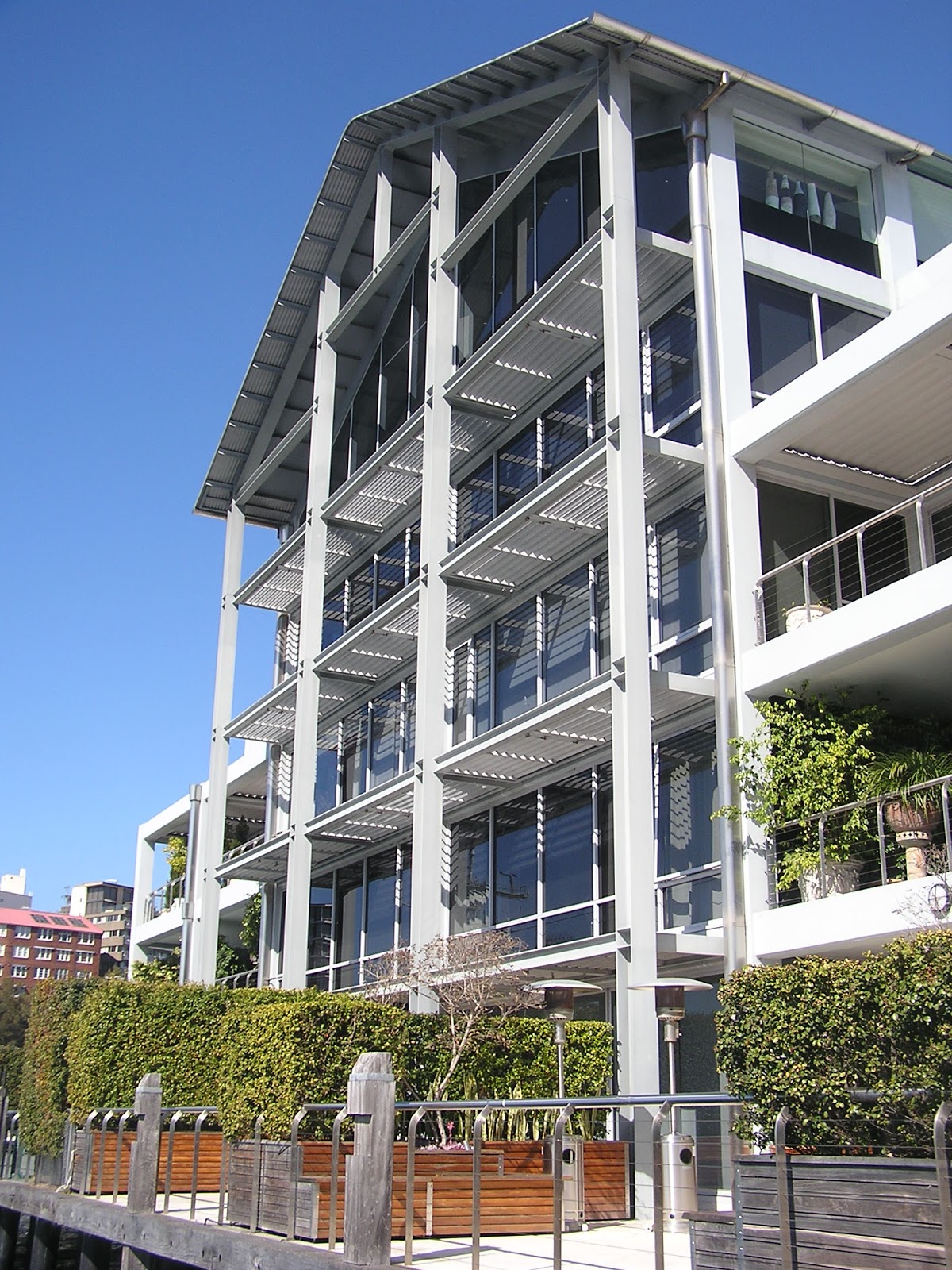 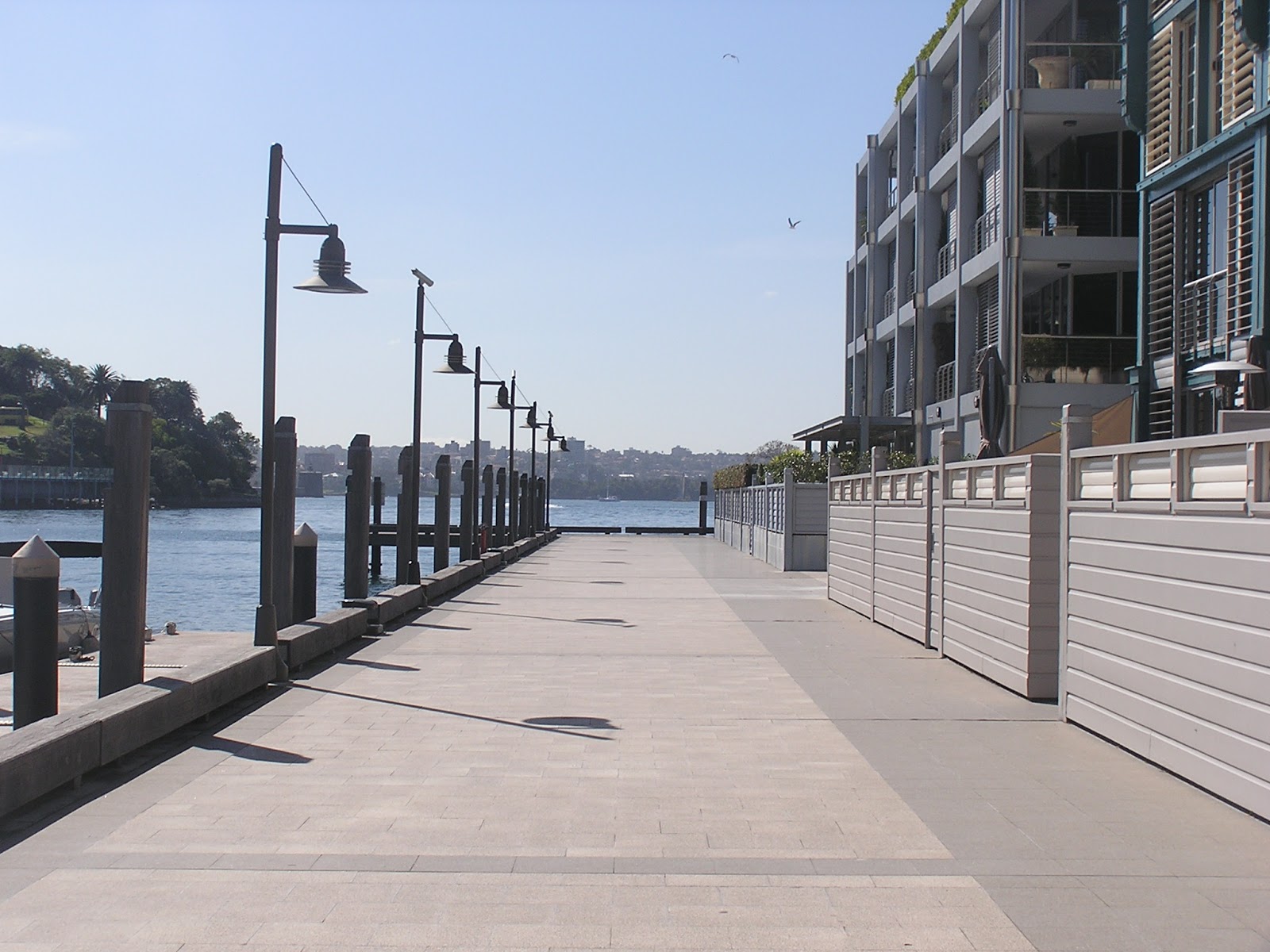 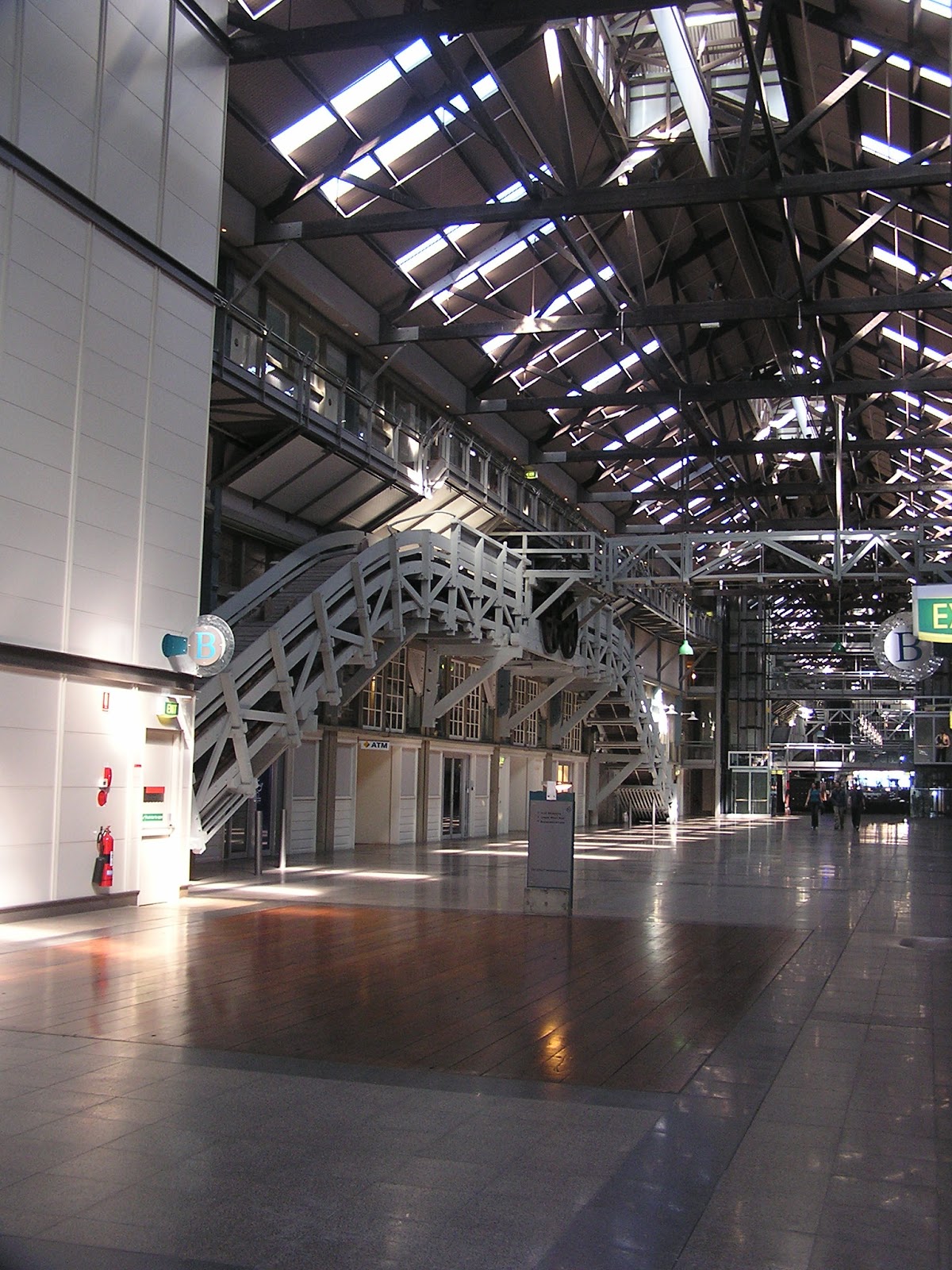 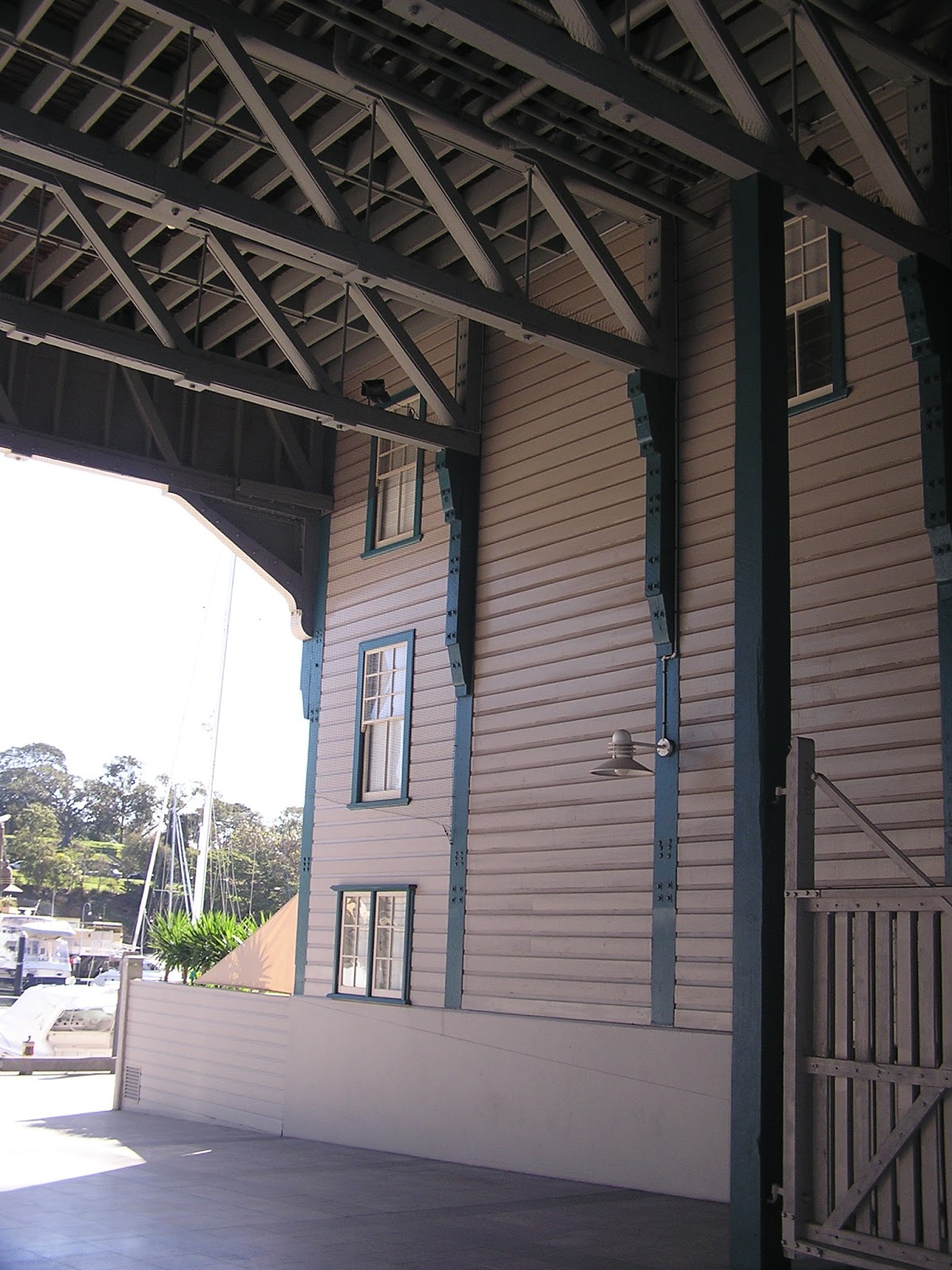 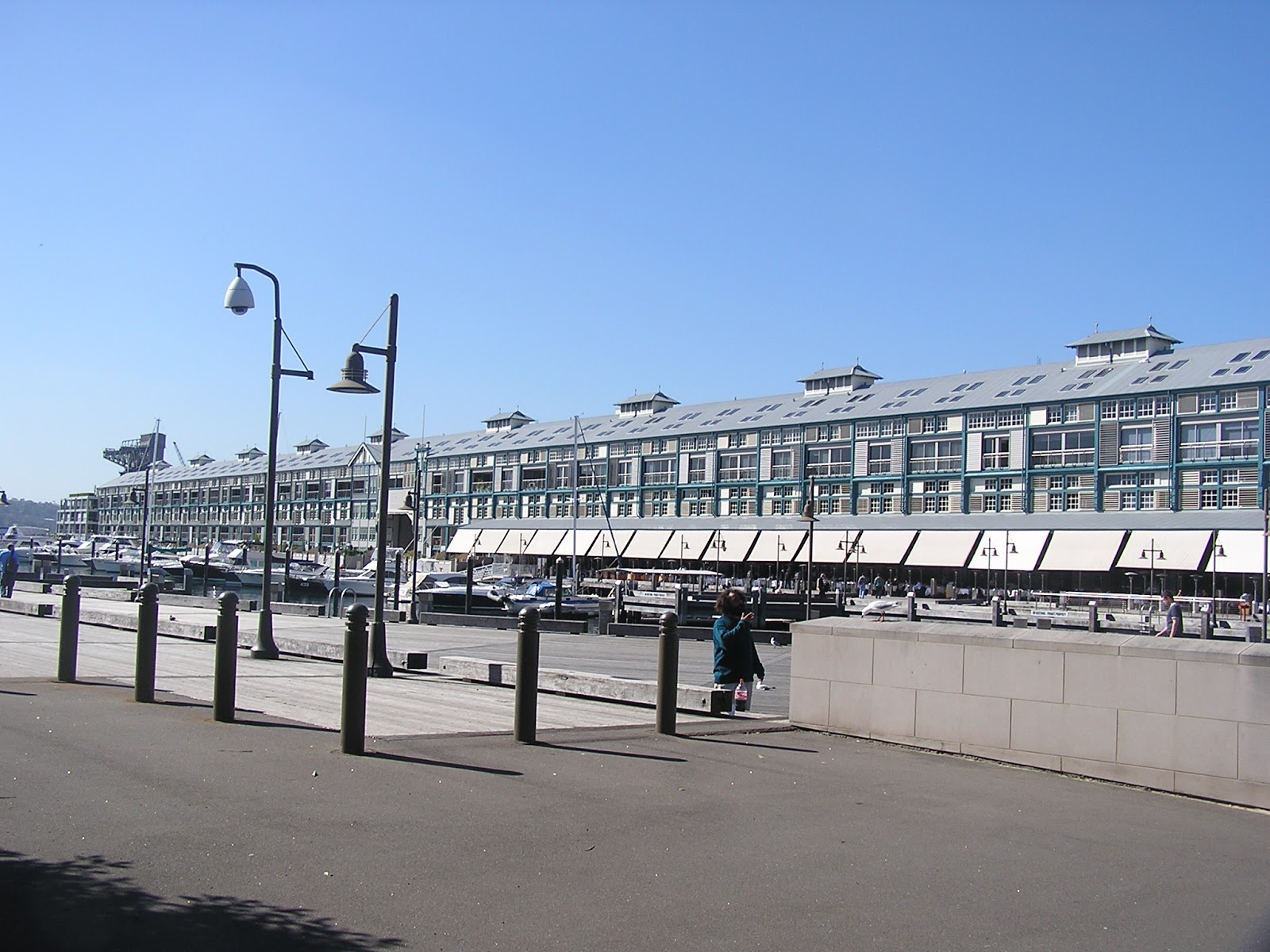 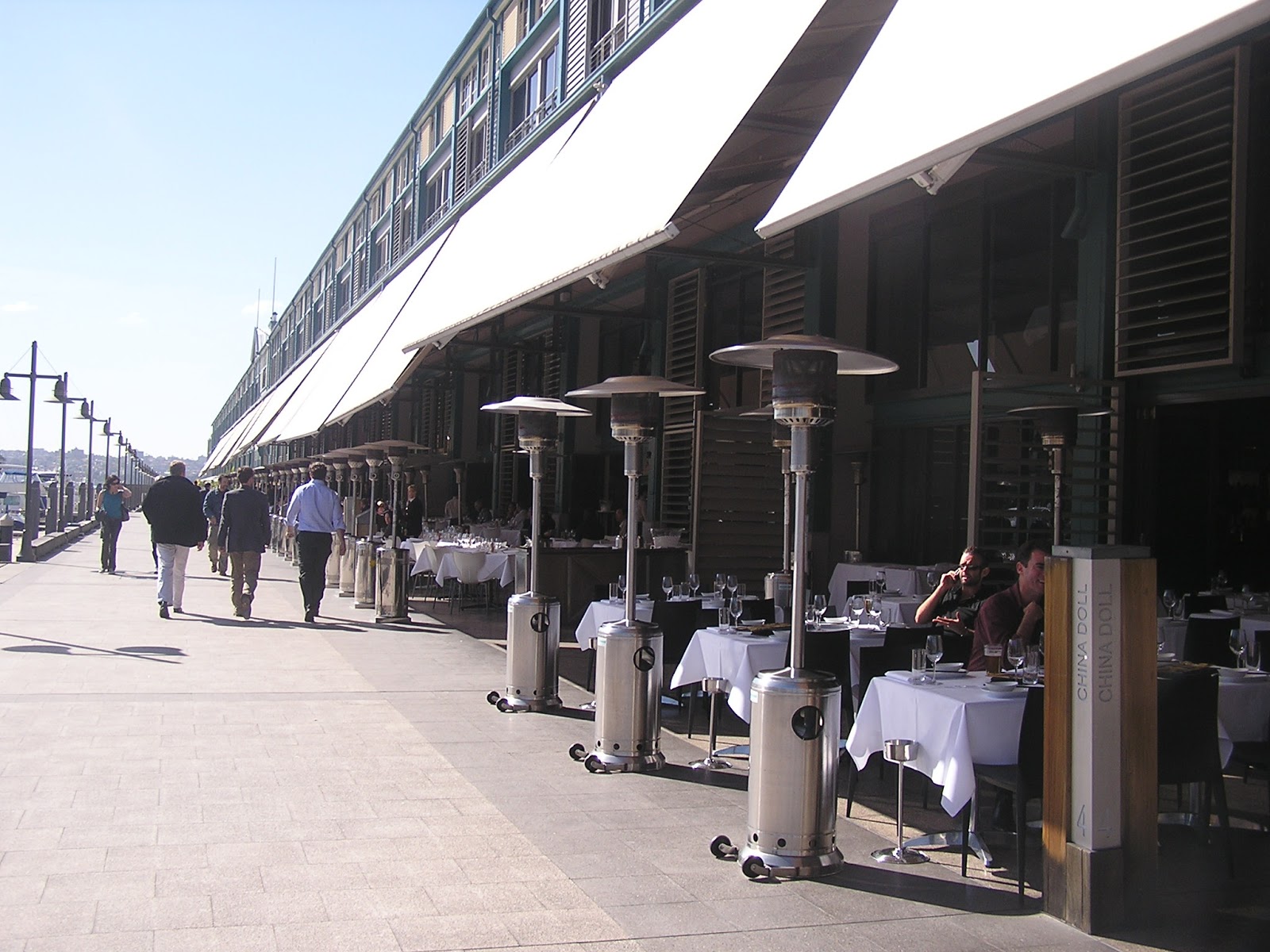 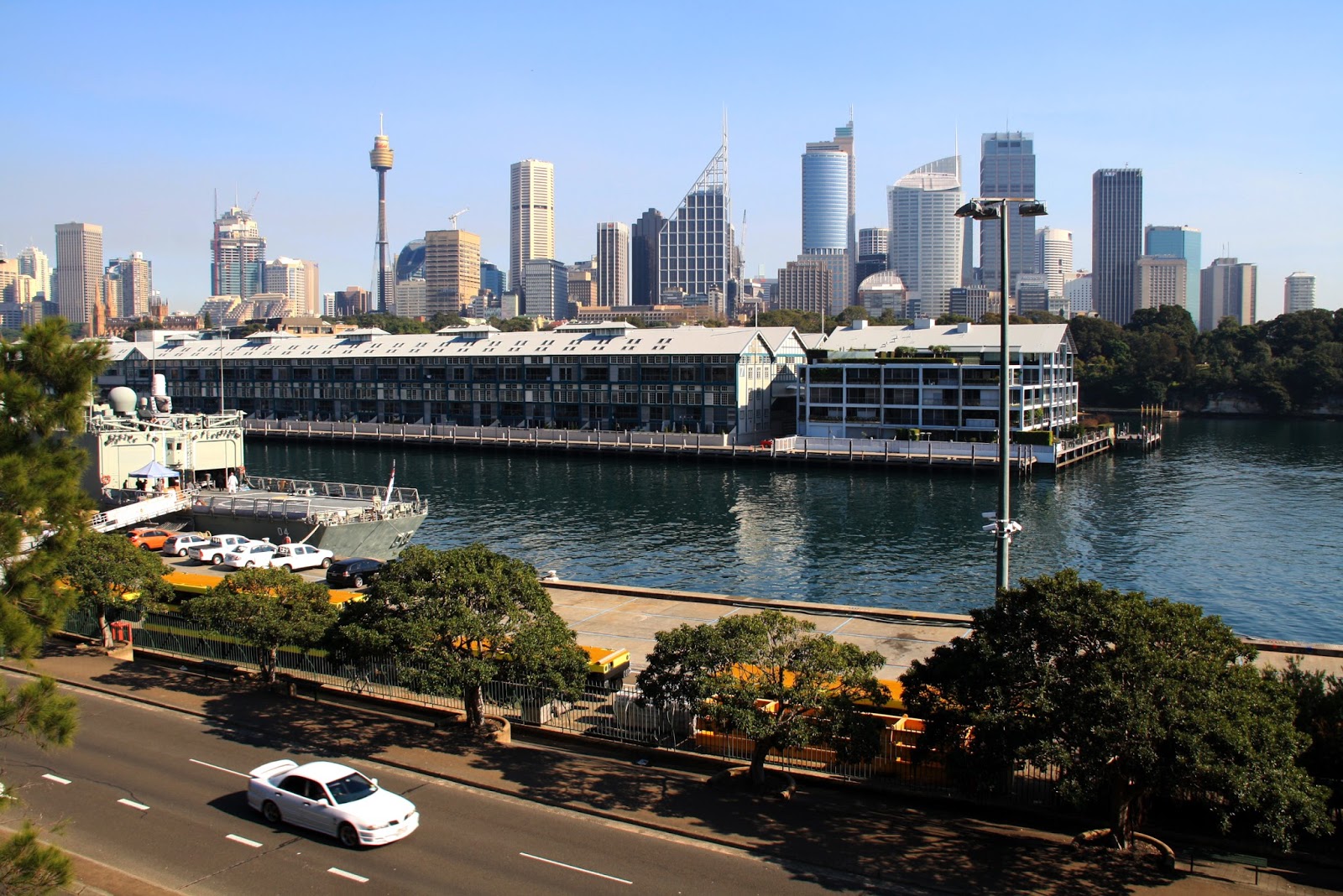 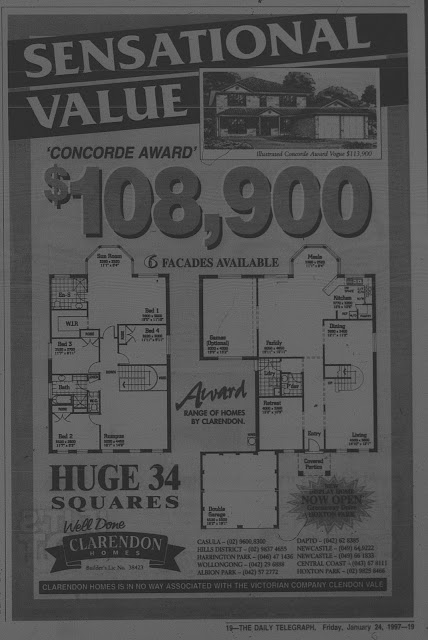 A poster scanned from The Sunday Telegraph to mark the completion of Stadium Australia (ANZ Stadium) from 1999. 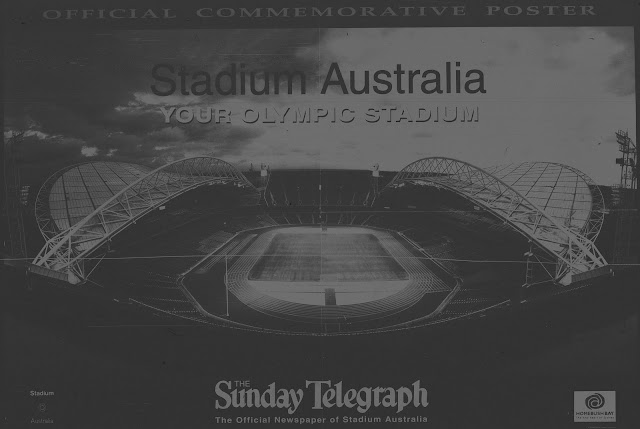