Wednesday (November 26) will be 17 years to the day since Sydney's first permanent casino opened. Star City (rebranded The Star back in 2011) opened its doors to the masses. It replaced the temporary Sydney Harbour Casino which had opened in September 1995, built at a cost of $876 million.

There was a glitzy advertisement which I remember quite well. It was no Crown Casino but they were trying at least and at the same time obviously showcase its harbour setting.


The opening itself was glitzy with a free public concert featuring Diana Ross, Human Nature and Richard Clapton fireworks display and light show. Inside there was an invite only opening party involving Sydney's A-List with Tom Jones and Michael Crawford joining the celebrations alongside those performing for the public. In the first night 24 hours of trading, around 45 000 people visited the casino according to The Daily Telegraph (November 28 1997).

The Daily Telegraph marked the opening by selling their November 28 editions for just ten cents. A special wrap around was produced featuring Diana Ross with the casino in the background. 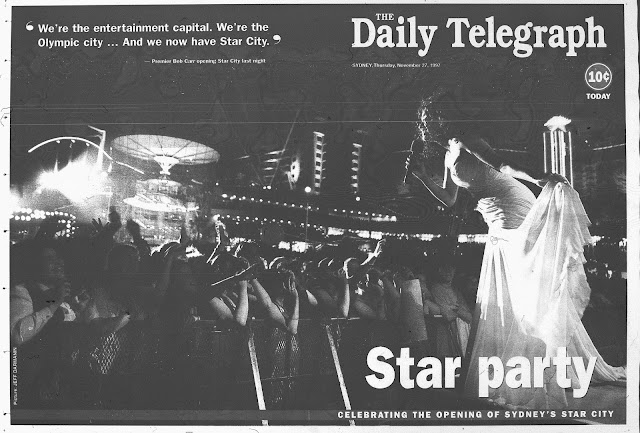 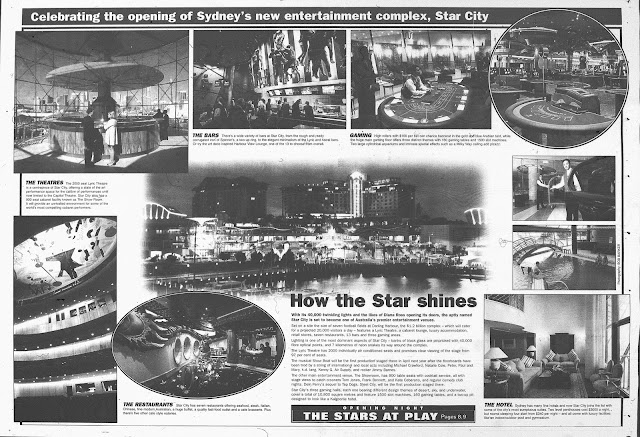 Two pages of coverage from the November 27, 1997 edition of The Daily Telegraph. 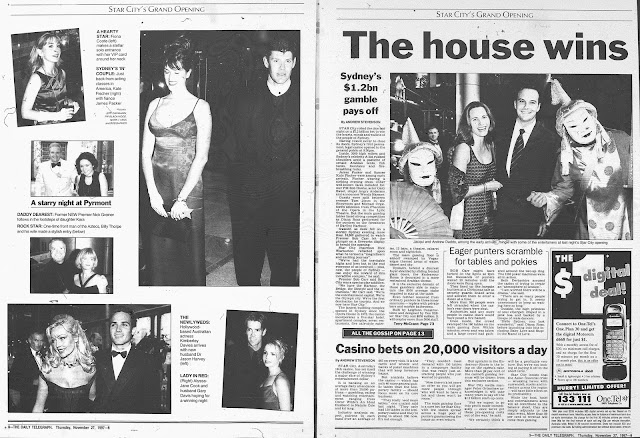