This week, I share with you an advertisement for the former Kingsgate Hotel at Kings Cross which opened as a "motor inn" in 1971. 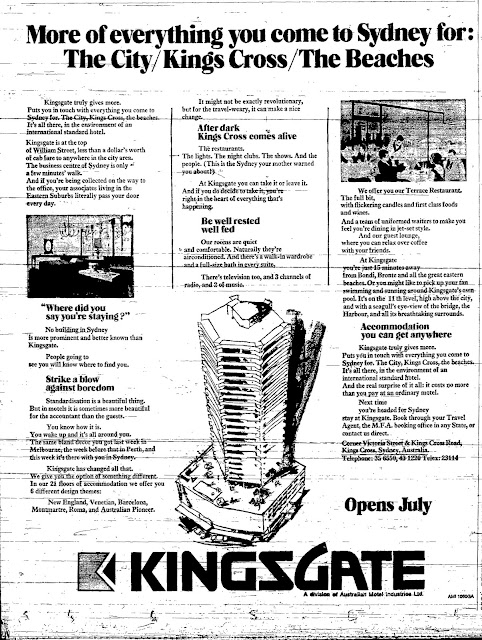 You might remember my entry from some time ago where I mentioned an alternate scheme from 1969. A globe was proposed in place of an antenna and the complex would have included a three-screen cinema complex.


It did trade for a number of years as a Hyatt Hotel then in its final years was the Millennium Hotel. In 2003, it was converted into the Zenith Apartment Tower. It was one of many well known Kings Cross Hotels that closed in that time following the 2000 Olympic Games and subsequent "oversupply" of hotel rooms.

The only thing that hasn't changed is the Coke sign, still reigning supreme.
Posted by Fabian Amuso at 00:00