Just three months before Australia's Wonderland opened in 1985, The Daily Telegraph went inside "the Down Under version of Disneyland". 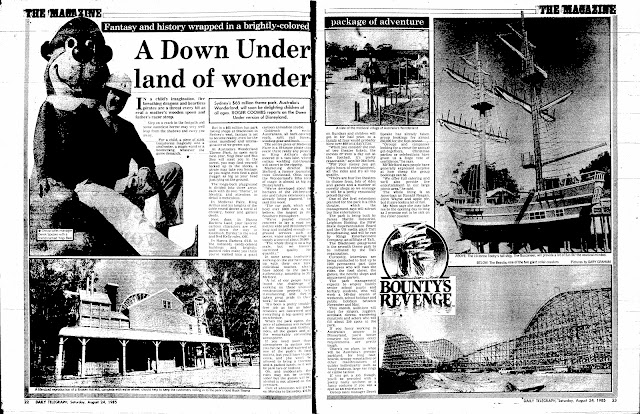 Australia's Wonderland traded until April 24, when the site was redeveloped into a business park. There are plans for the theme park to be resurrected at a site in Western Sydney.

It never evolved into the Aussie Disneyland that was envisioned.

As a bonus, below is a video containing rare footage from opening day in December 1985, plus a short history of the theme park. It was presented as Seven News Flashback Report by Mark Ferguson in 2013 on Seven News.