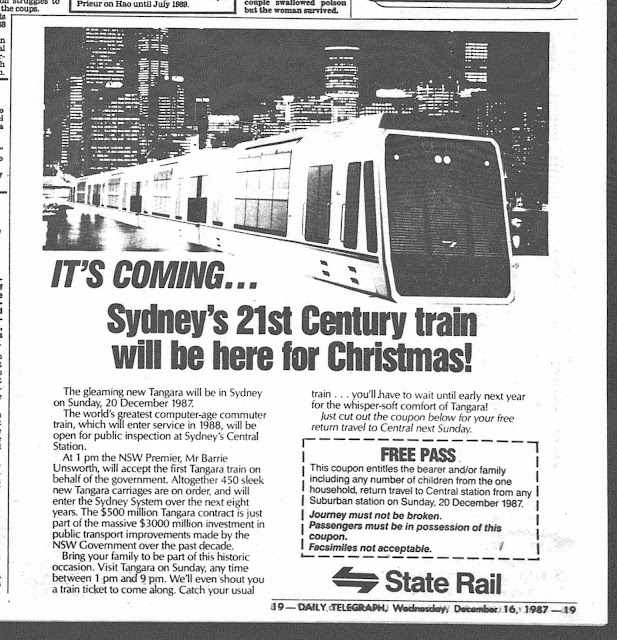 Introduced into service on Sydney's rail network in 1988, they are the third generation of electric trains to enter into service.

At present, there are 447 carriages in service, more than any other model on the network. The fleet servicing the Illawarra and Eastern Suburbs Rail Line (T4) are virtually Tangara's.

The Wran Government announced in 1984 that they would purchase 450 new carriages to operate on the rail network. At the time, Barrie Unsworth was Transport Minister. Designs for the train were finalised the following year. Capacity would be approximately 2 200, compared with 2 050 on existing double decker trains. 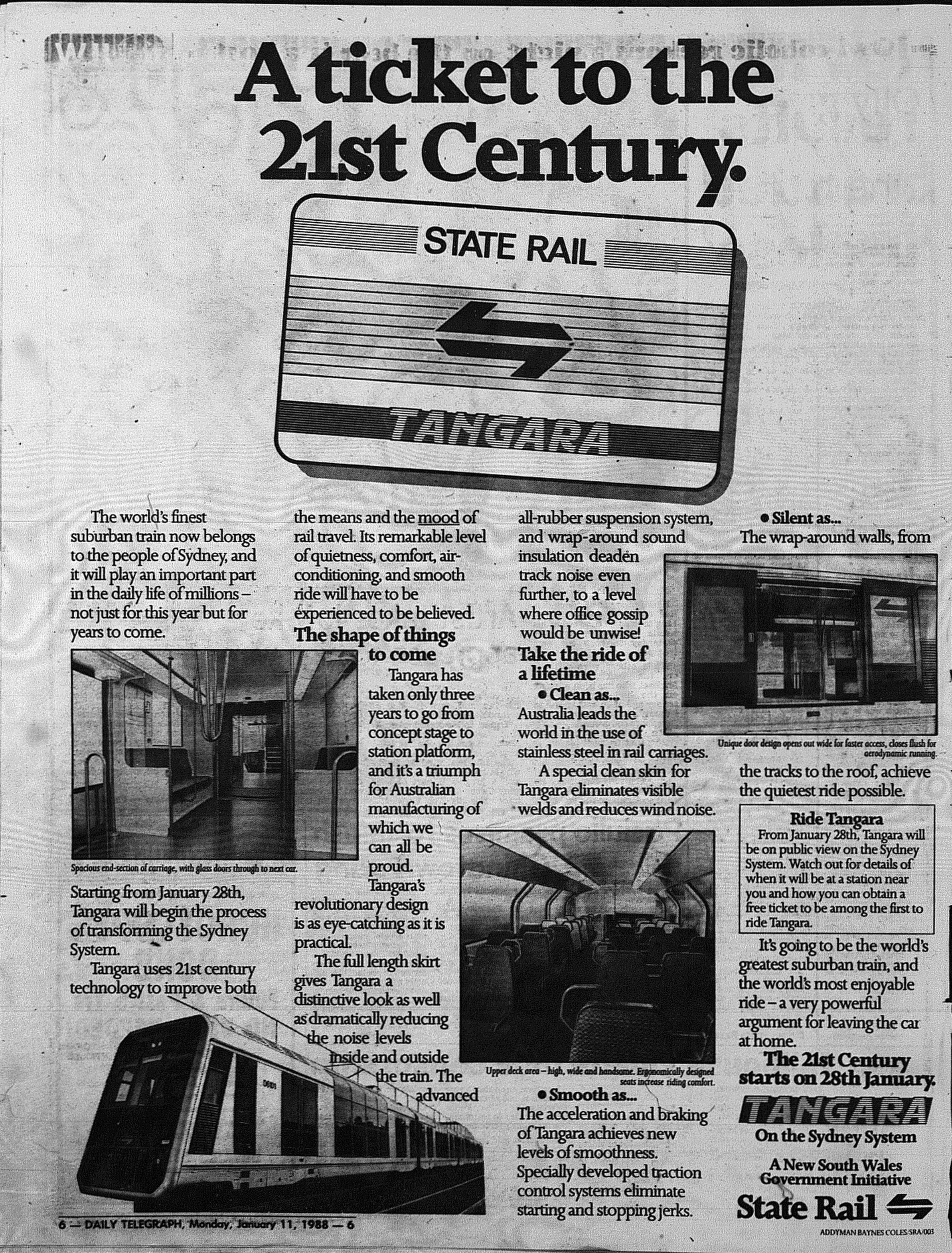 Tangara (Aboriginal word for "to go") promised 21st-century features and a number of firsts for Sydney Trains including:

The Tangara made its first appearance on December 20, 1987, at Central Station. By now, Unsworth was Premier. 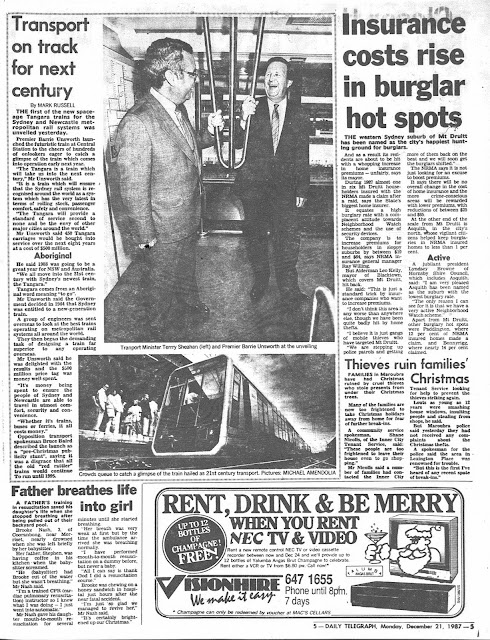 On January 28, 1988 it made its first trip from Rockdale to Oatley. 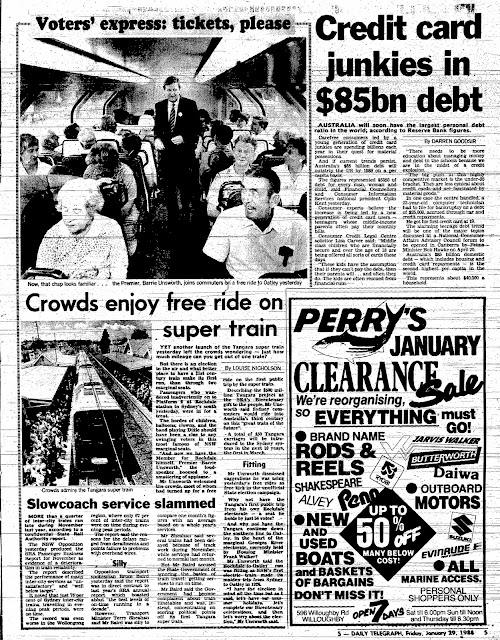 It must be noted that Rockdale was in Unsworth's electorate of the same name and the most marginal seat for Labor in NSW. Oatley was in the margnial seat of Georges River held by Housing Minister Frank Walker. It was a good political ploy with a State Election weeks away. 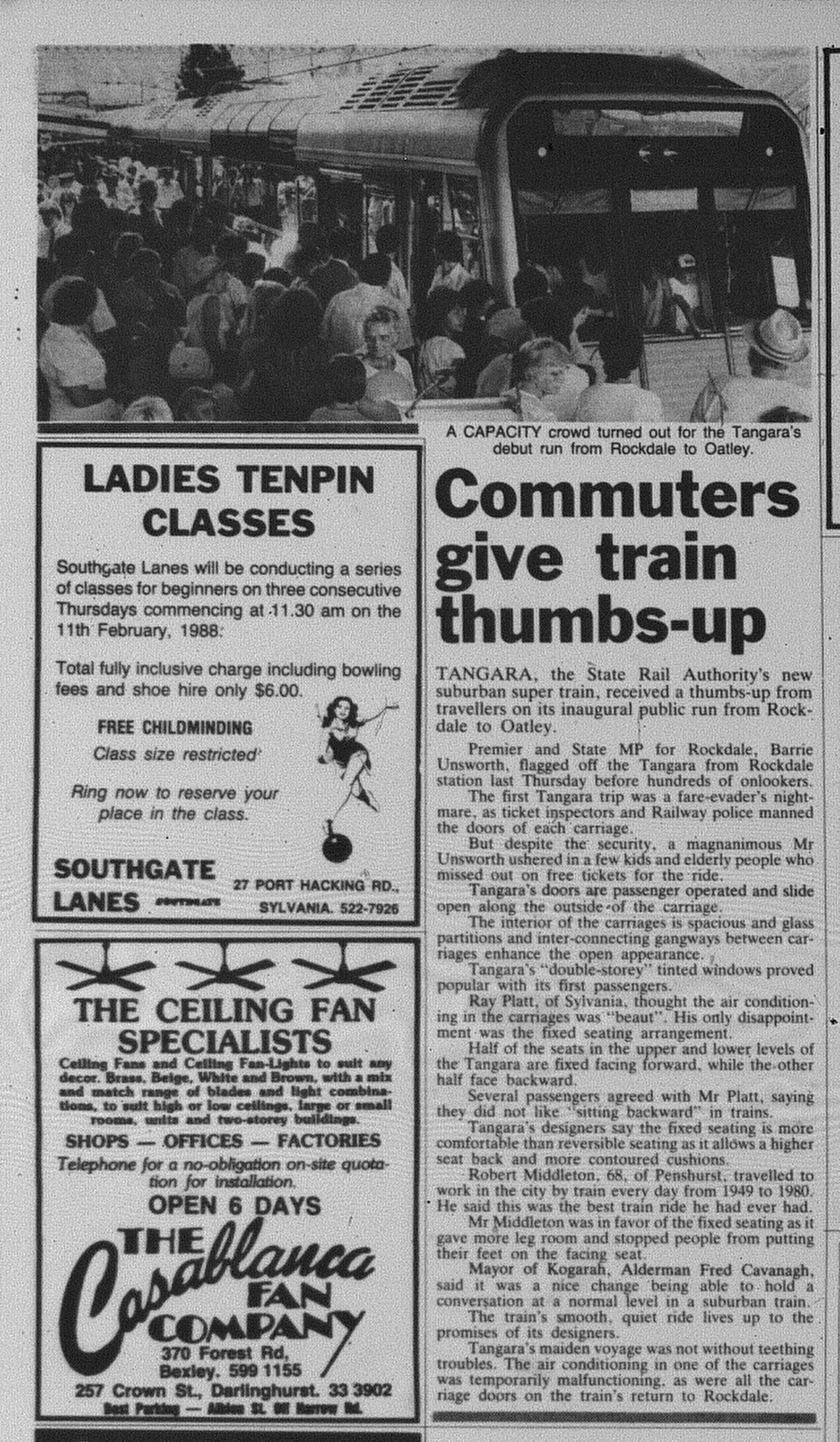 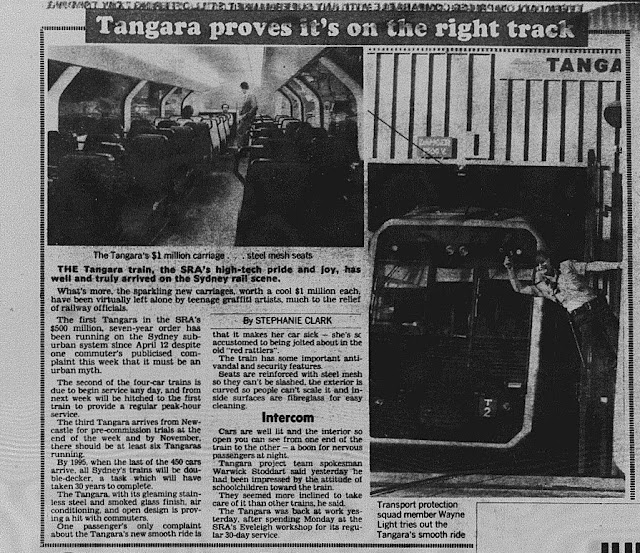 The rollout of Tangara carriages continued until 1995.
Posted by Fabian Amuso at 00:00