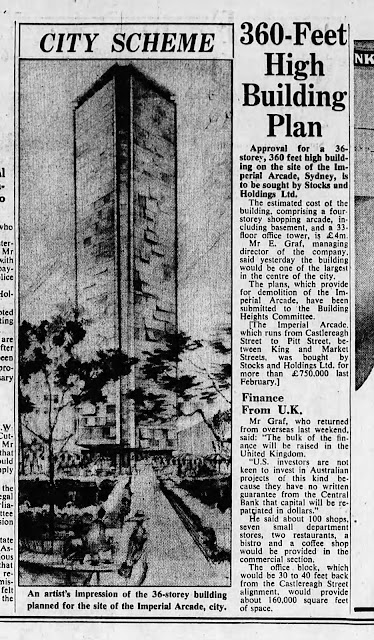 I recently located an artist's impression for a 36 level office tower that was to be built as part of a redevelopment of the Imperial Arcade (1891) in Pitt Street.

While the site was redeveloped to house a shopping complex of four levels with office space above, the office component was scaled back.