Moore Park is not just a park. It even has its own suburb and postcode (2021). Moore Park also includes the former Sydney Showgrounds Site/Entertainment Quarter, Sydney Cricket Ground and the Sydney Football Stadium.

In 2001, Meriton Apartments was in the early stages of its redevelopment of the ACI Factory Site at Waterloo and asked South Sydney Council to alter the boundary of Moore Park to include the development. South Sydney council refused. 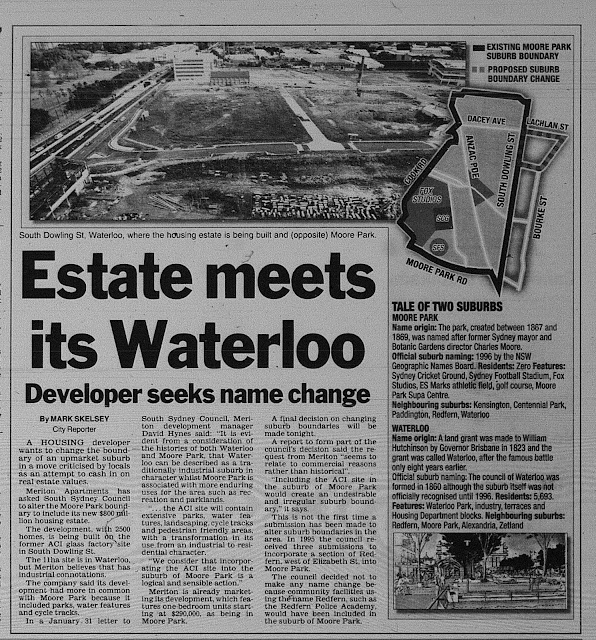