2001: The QVB as Sydney's favourite building

In 2000, The State Chamber of Commerce surveyed Sydneysiders to identify Sydney's favourite building.

The winner was the Queen Victoria Building which received 33% of the vote.

This was followed by Sydney Tower in second place.

Rounding off the top five were:

Results were released in early 2001.

Below is an article from The Daily Telegraph from January 2001. 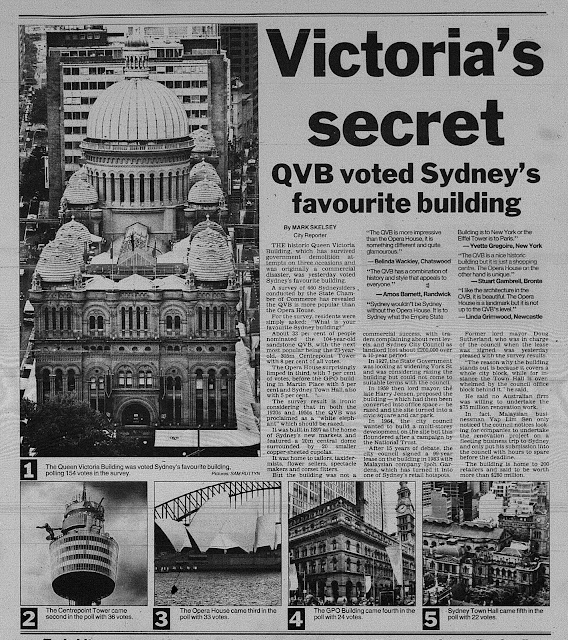 This is in stark contrast to the thoughts and minds of people in the 1960's when there were calls for the building to be demolished for a Civic Square and car park or even build a skyscraper.

We are blessed to have this building in our city. It adds grandeur and elegance to our city, but also provides our shoppers with a wonderful experience as they access the best shopping that a city can offer.