Property Advert of the Week: Hooker-Rex Homes at Winston Hills (1966)

In 1966, one was promised an "ultra modern" home at Winston Hills on a deposit of 680 pounds ($1360). Hooker-Rex were allowed in advertise in pounds as part of the two-year transition phase following the introduction of decimal currency in February 1966. 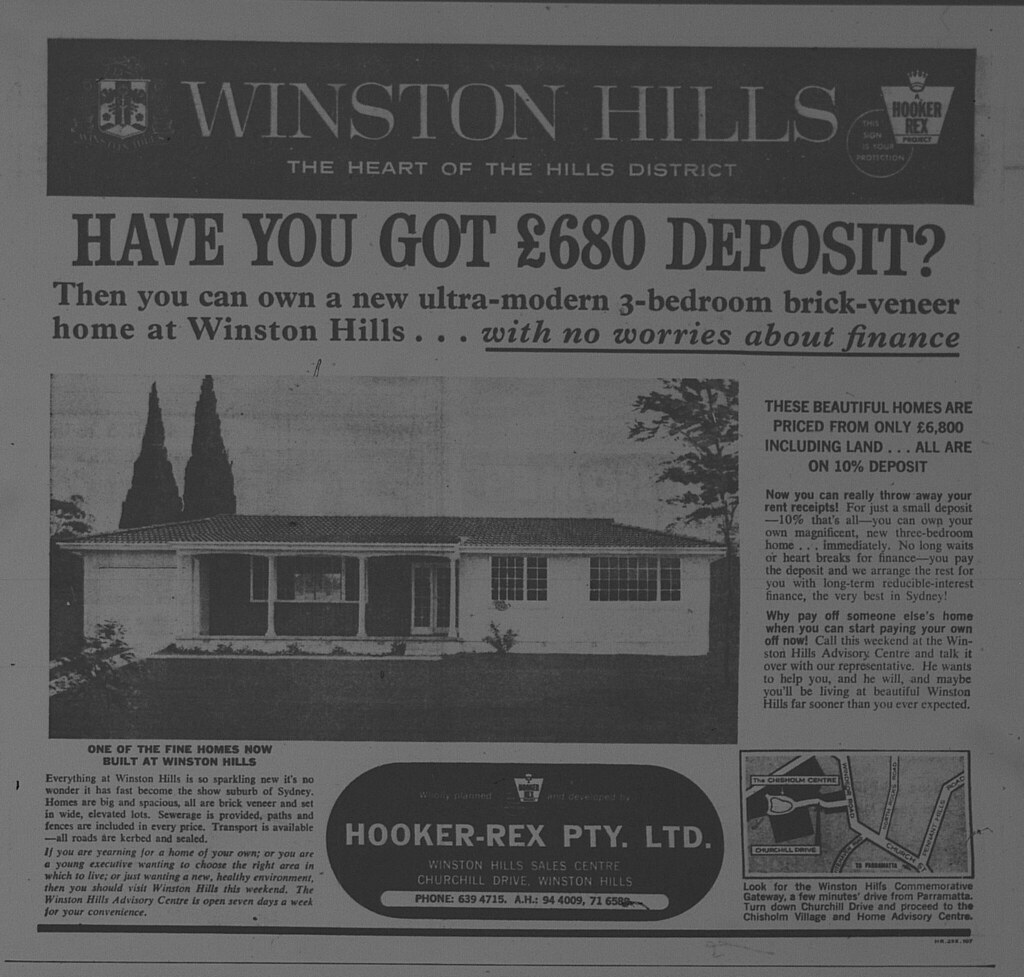