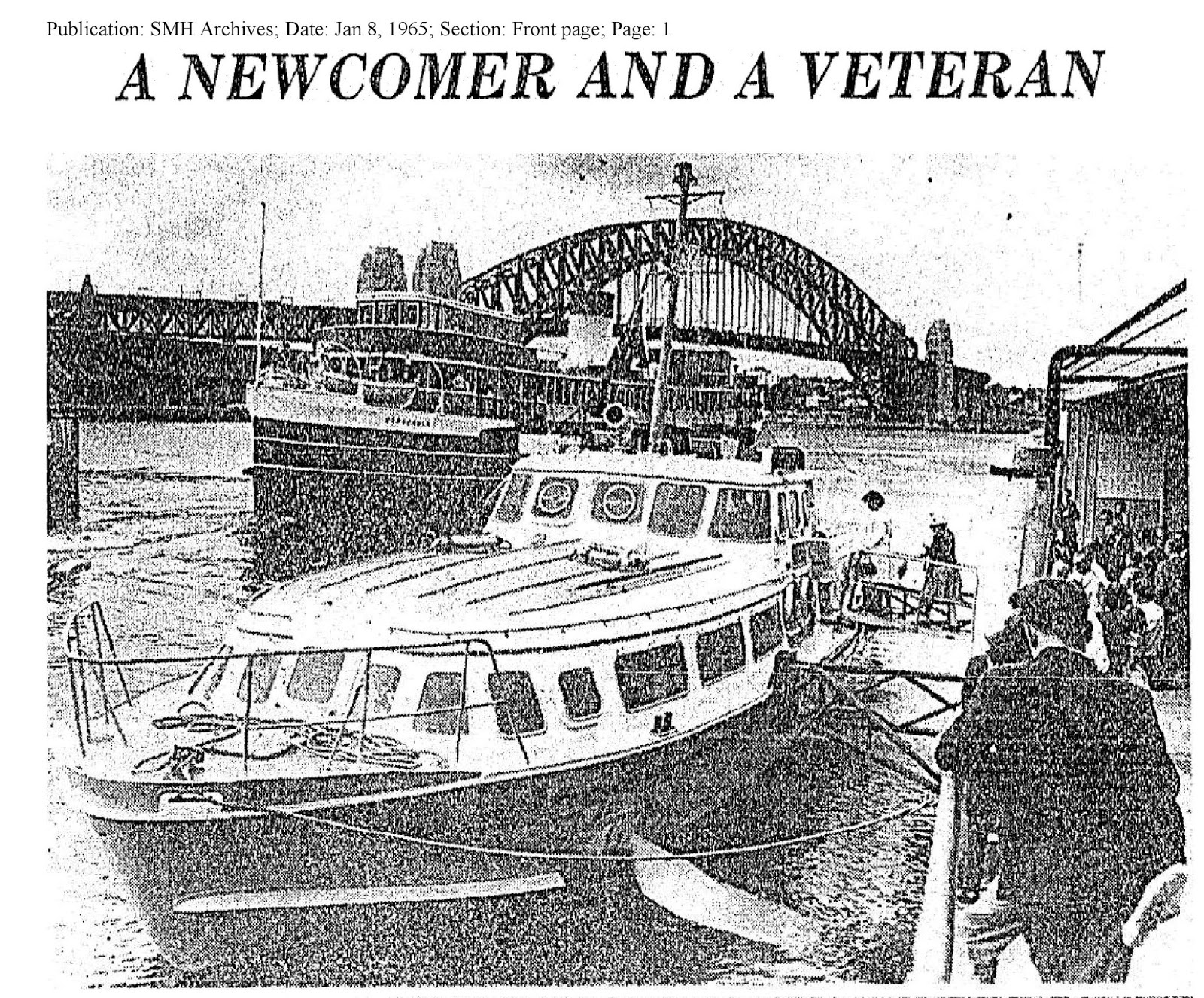 This Wednesday, it will be fifty years since the start of a public transport revolution in Sydney and bought the Manly Peninsula closer than ever to Sydney.

On January 7 1965, the first hydrofoil went into service on Sydney Harbour between Manly and Circular Quay. It was known as the "Manly", named after the suburb the hydrofoil was to serve.

Why a hydrofoil service? In the 1960s, the Manly-Circular Quay ferry service was privately run by the Manly & Port Jackson Steamship Company. Its fleet of ferries was ageing and at the same time, it needed to increase patronage on the route.

It came up with the idea of offering a premium high-speed service and a hydrofoil would be its answer.

For 128 000 pounds, they acquired the "Manly". It had seating for 72 people. This was only half the capacity of the five hydrofoils that would join in the following years, and less than a third of the capacity of it's 1980's namesake and the "Sydney", which joined the fleet at that time.

It was built in Japan by Hitachi and arrived in Sydney on December 31, 1964. 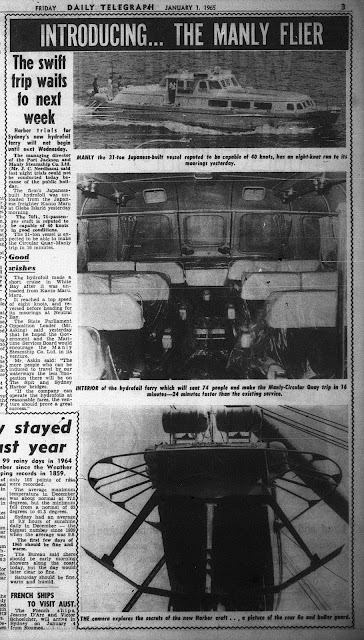 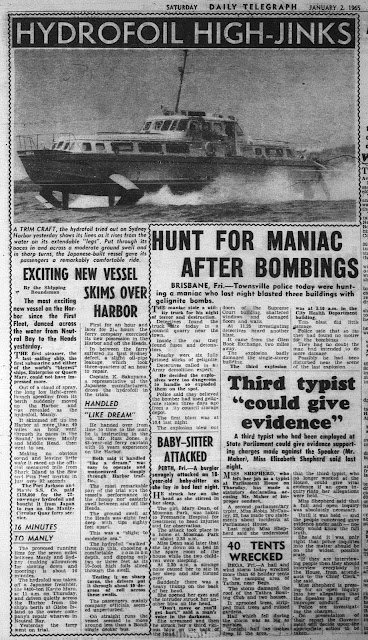 When it began service, commuters found that the trip took only 15 minutes, compared to 30-35 minutes for the regular ferries. As it was the only hydrofoil, it only operated at peak times.

Curious Sydneysiders queued up to experience it for themselves on the first day of operation on January 7, 1965. Special harbour excursions were organised to allow the public to experience the new ferry before commencing the first commuter services that evening.

When the Fairlight arrived the following year, the Manly spent the first three months of 1967 doing cruises around Port Phillip Bay in Melbourne. That failed, and she returned to Sydney, rejoining the fleet.

It operated until  1979 when it was sold. It ended up operating on the Great Barrier Reef and today is believed to be a cafe on the shores of the Murray River minus its foils.

An interesting fact was that the hydrofoil itself was allowed to operate as far south as Jervis Bay and as far north as Port Stephens.

The hydrofoils would be a presence on Sydney Harbour for a quarter of a century until 1991 when they were retired from service following the introduction of their successors - The Jetcat's. However, the Jetcat's did not survive as long. They were removed from service on New Year's Eve, 2008 and Sydney Ferries (who took control of the Manly services in 1974) did not replace them.

Even with the turbulence that the Manly Ferries have had over the decades, those living on the northern beaches are very dependent on their ferries, not to mention loyal. For some, paying that little extra to get to and from work each day makes a big difference in their day, whether it may mean getting to work on time, or home to spend time with the kids at the end of the day.

And there is a choice as well. Some are happy with the regular service and for many a chance to see and enjoy their harbour.

Finally, here is a newsreel feature from 1965 on the hydrofoil.