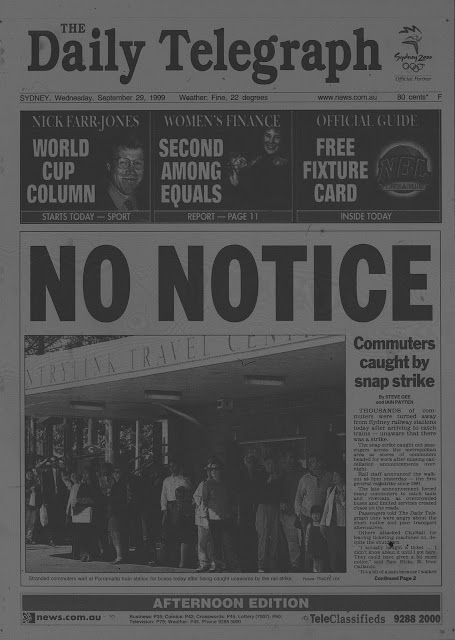 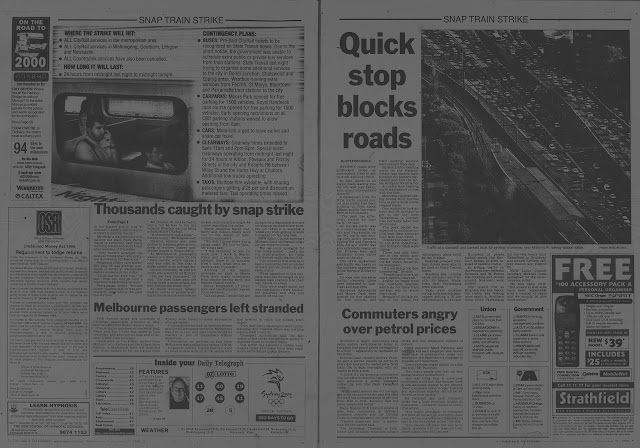 Above: How The Daily Telegraph reported on the strike in its second afternoon (Final) edition on September 29, 1999.


Sydney dodged a bullet several weeks ago when rail workers decided to pursue industrial action to demand a 6 % pay rise. It didn't occur as the Fair Work Commission ruled that the strike would hinder the ability of essential workers e.g. firefighters and teachers from attending work.

The current offer by the NSW Government is for a 4.6% increase in annual pay, $1000 bonus and free public transport.

Had the strike occurred, it would have been the first since 1999.

Let's look back at what happened, and for younger readers, an idea of what to expect should it collapse or if they simply want to walk off the job. Older readers would remember when strikes were normal during the 1960s, 1970s and 1980s. 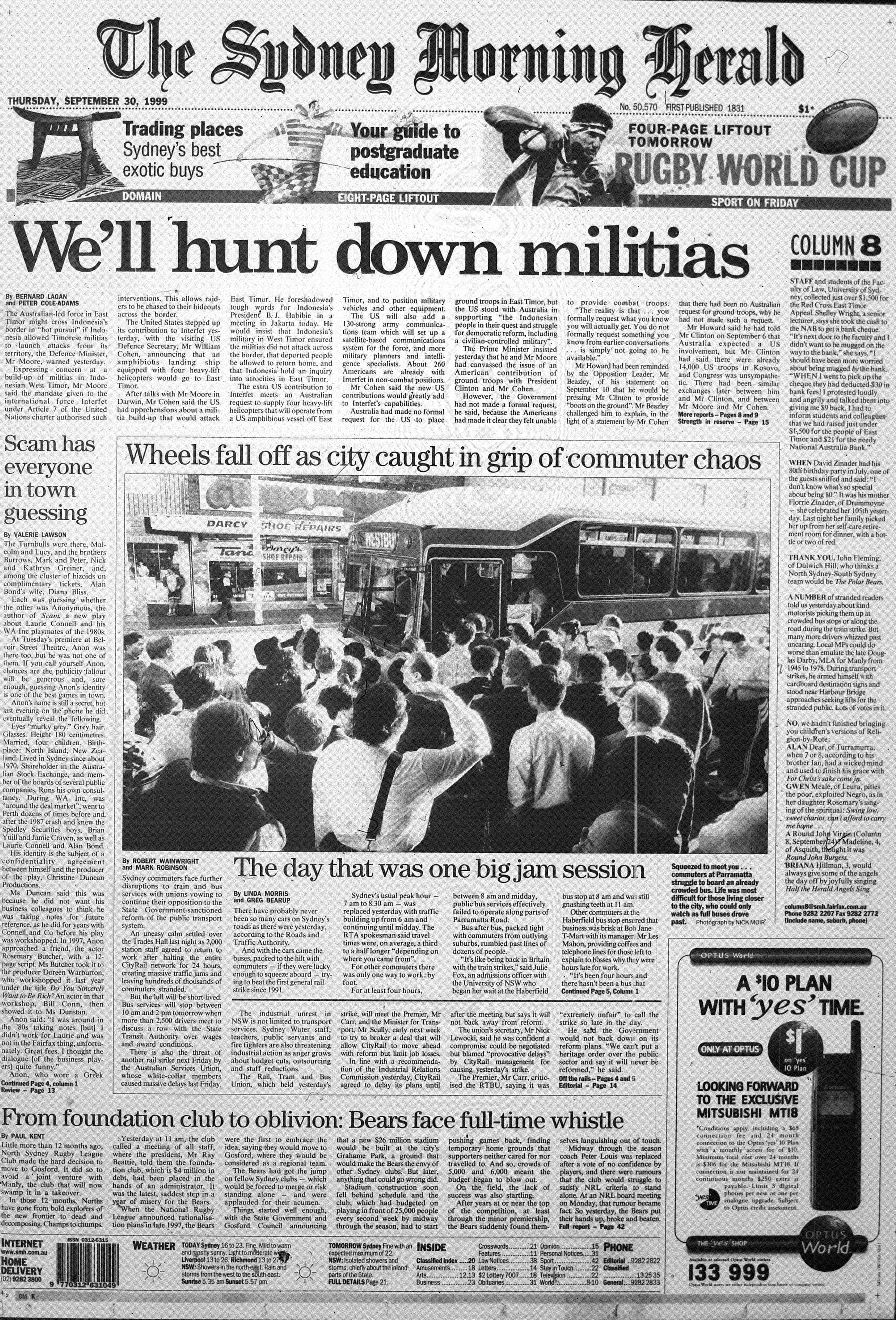 
When did it happen

September 29 1999 (Wednesday). This was a wildcat strike that was announced at 5pm, the day before giving people little notice to make alternative arrangements.

The Labor party, led by Premier Bob Carr was in government.

It was in response to plans to cut 300 station staff. There was a partial shutdown on September 24, 1999, which led to reduced or delayed services. Some lines had no services at all. Station staff did not report to work.

What was the impact? 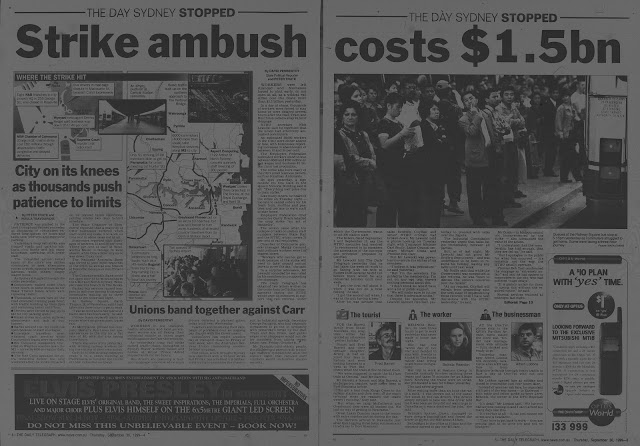 Above: Coverage from the September 30, 1999 edition of The Daily Telegraph. 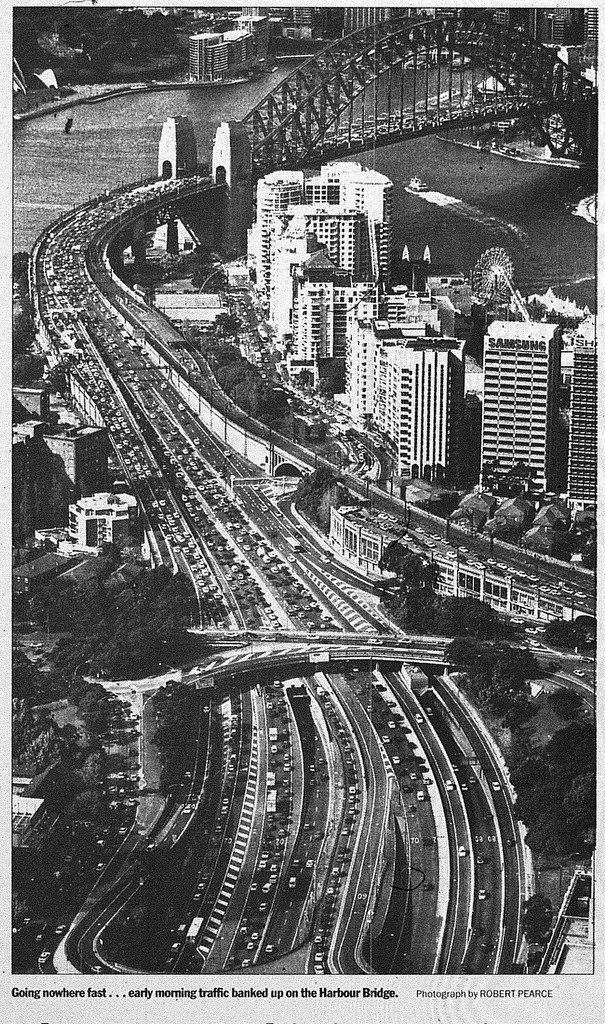 The Sydney Morning Herald in its editorial of September 30 argued that while the NSW Government needed to justify the job cuts to station staff and supported public concerns over customer service, the strike was "unnecessary" it actually caused harm to the cause. Calling a wildcat strike only generated disruption but also didn't give commuters and businesses time to plan for the strike. How can one muster support if they intend to abruptly withdraw their services? Some will not accept strikes in any form because they feel that they have been punished in order to advance an individuals cause or because it ruins their routine.

Doesn't punishing the Government through a work ban or fare-free days seem fairer to muster the cause like they have a number of times in recent years. Services continue but the Government loses revenue? 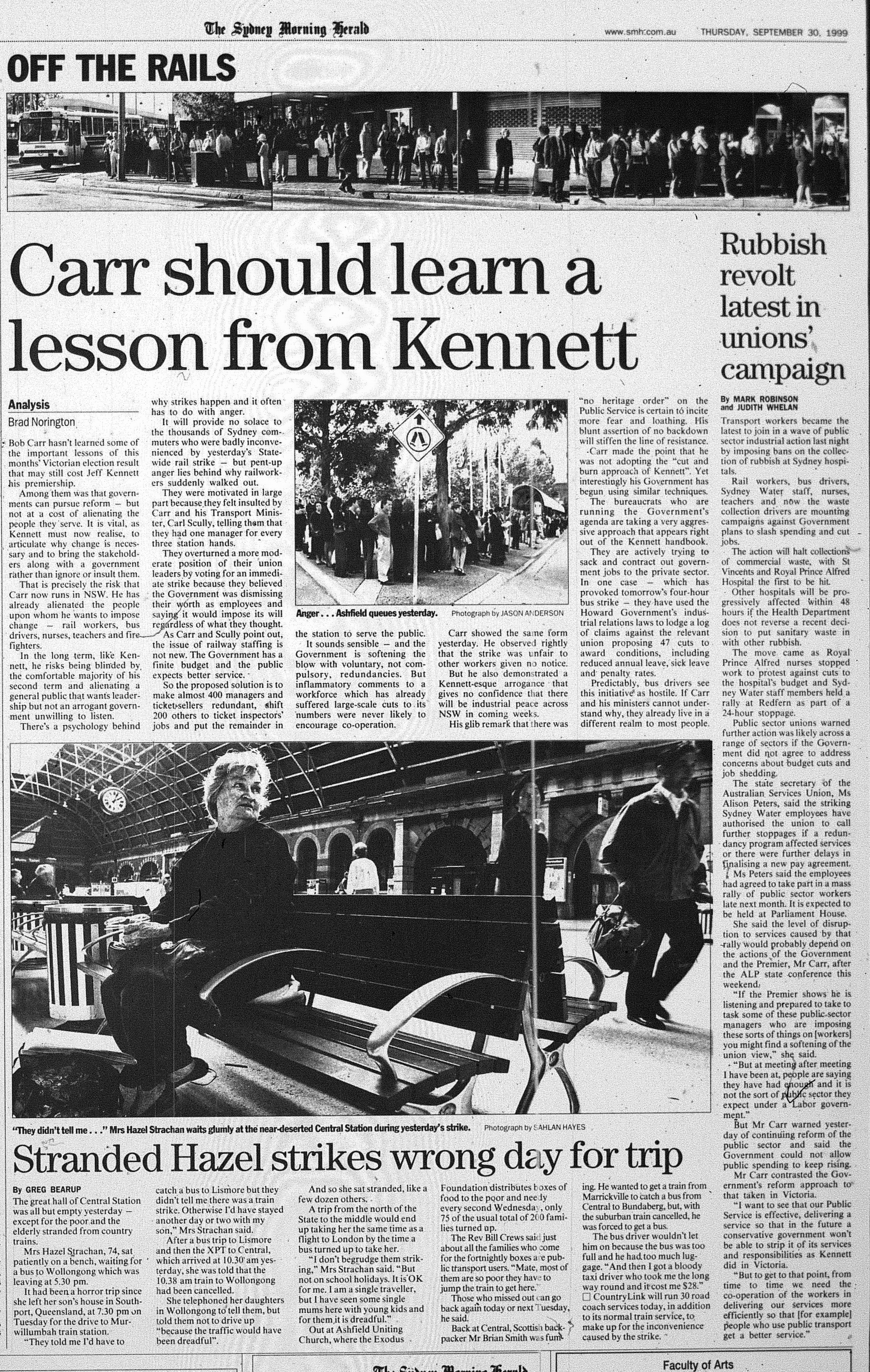 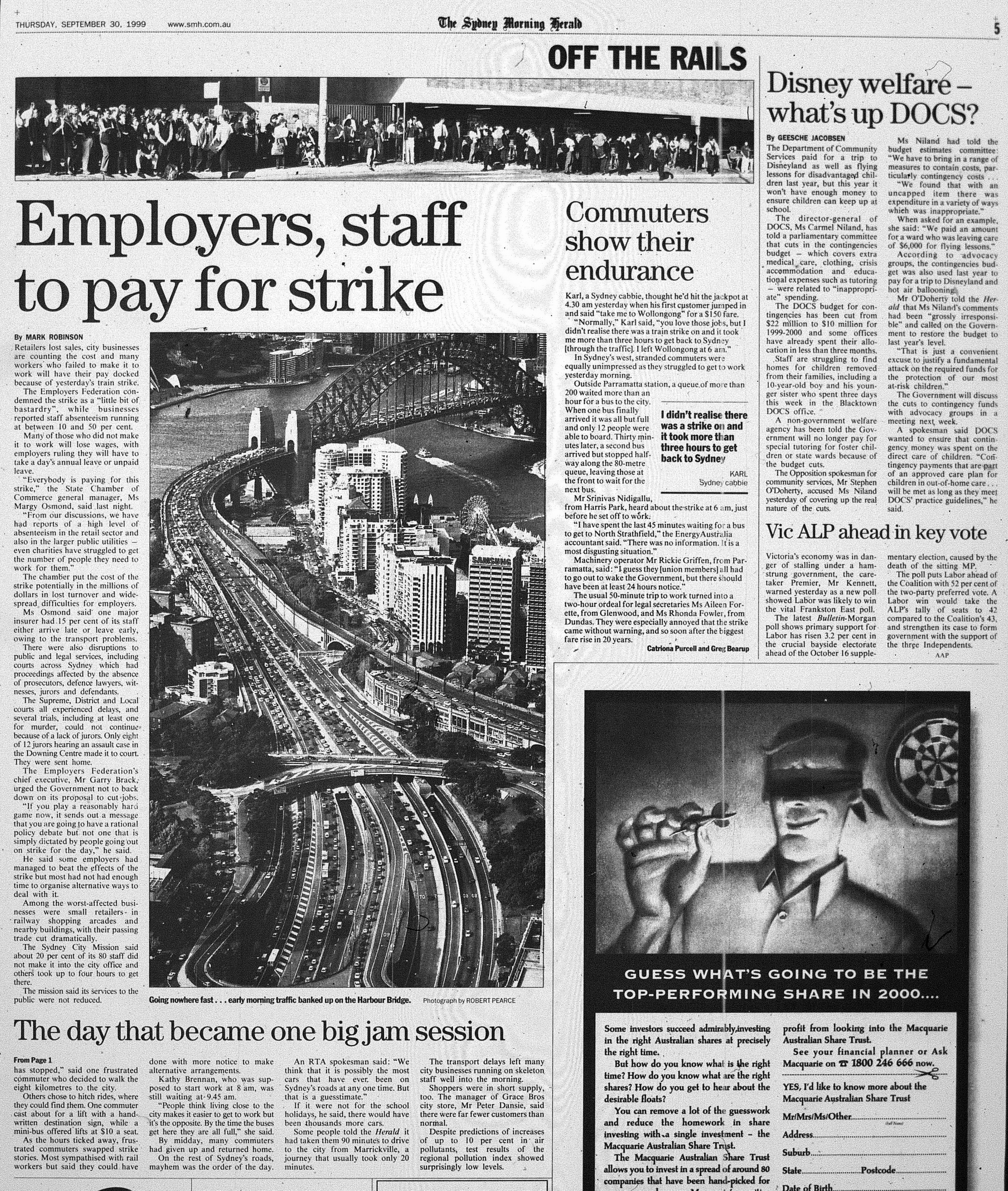 Above: Coverage of the strike from the September 30, 1999 edition of The Sydney Morning Herald (Pages 4 and 5).