After 56 years, the people of NSW finally paid off the cost of building the Sydney Harbour Bridge in 1988. However, the toll was still be levied to pay for the under-construction Sydney Harbour Tunnel.

Fast forward 30 years and the toll revenue is generally used for road projects across NSW. However, there is speculation by some that the current southbound toll ($2.50 to $4 depending on the time of day) could increase.

In Sydney, once a toll goes up on road, its hard to end. Even where it's been abolished (M4), it only has taken a few years for their return.

Below is coverage from the July 25, 1988 edition of The Daily Telegraph. 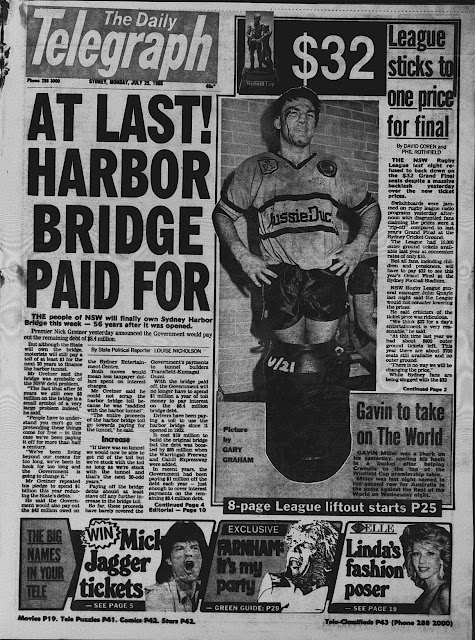 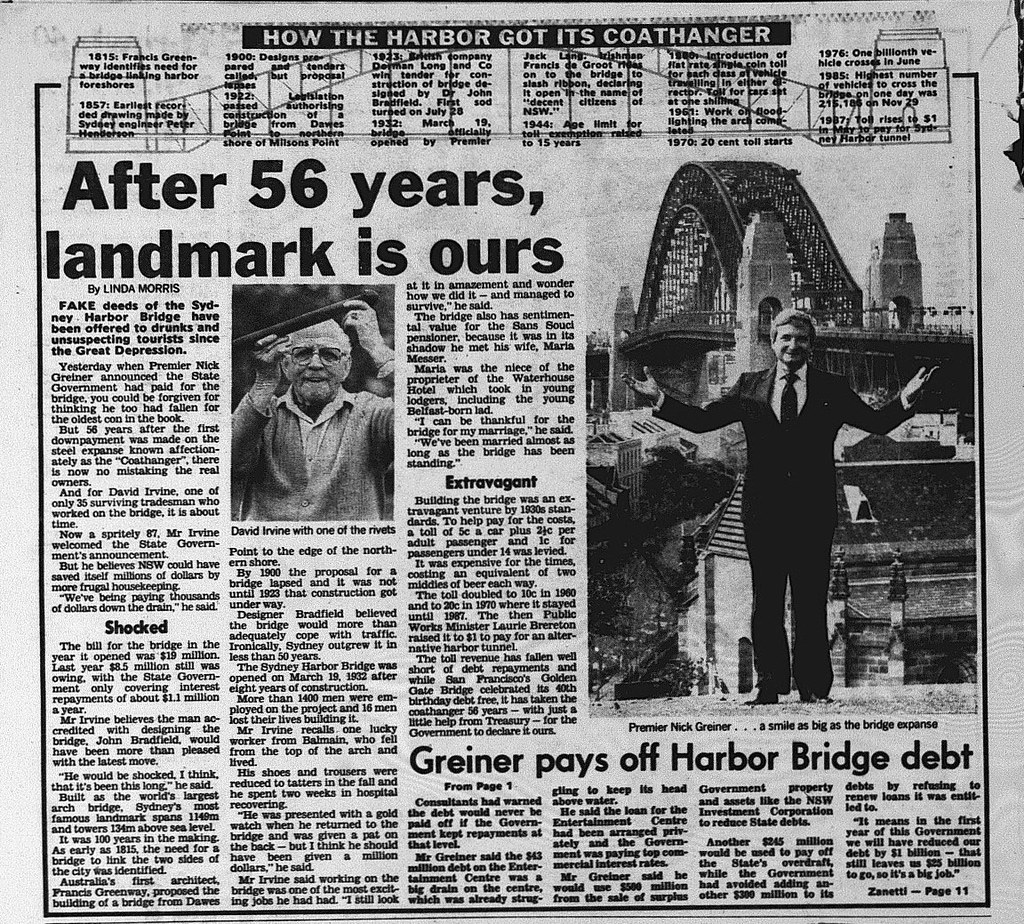