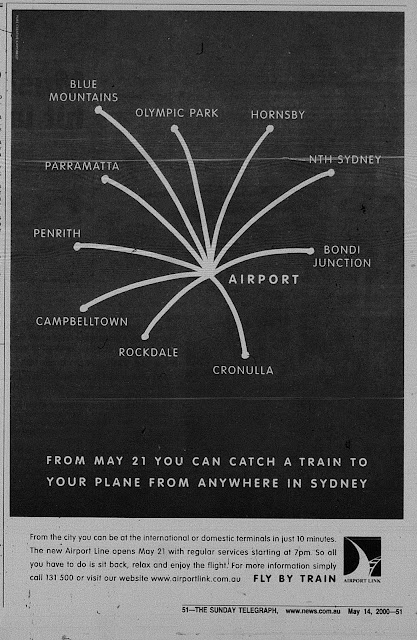 On Thursday (May 21), Sydney's Airport Railway Line will celebrate twenty years of service. The $900 million line was built as part of extensions to Sydney's rail network in the lead up to the 2000 Olympic Games.

The line was significant as:

Wolli Creek also acted as an interchange station for commuters on the Illawarra and South Coast Railway Lines wishing to access Sydney Airport.

The public were invited to inspect the new stations and experience the line before normal operations commenced at 7pm. 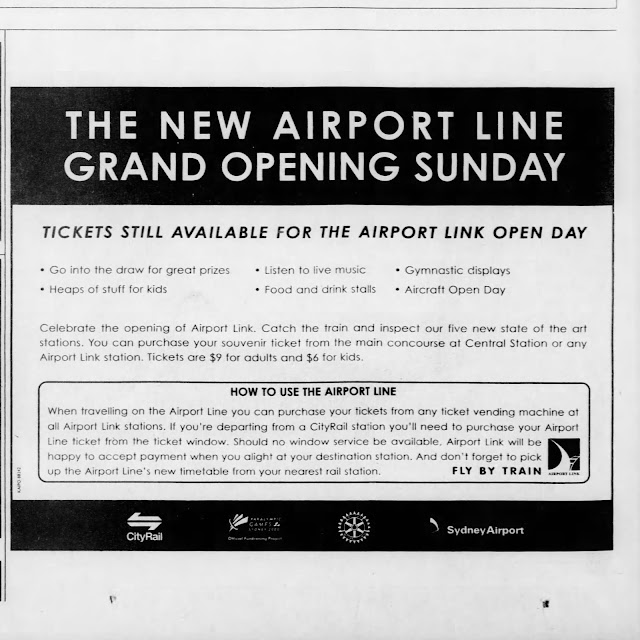 The first full day of operation was May 22. The Daily Telegraph (Final or 2nd Afternoon Edition) reported that while activity was quiet along the new line, there were no problems with services. Feedback from commuters was positive. 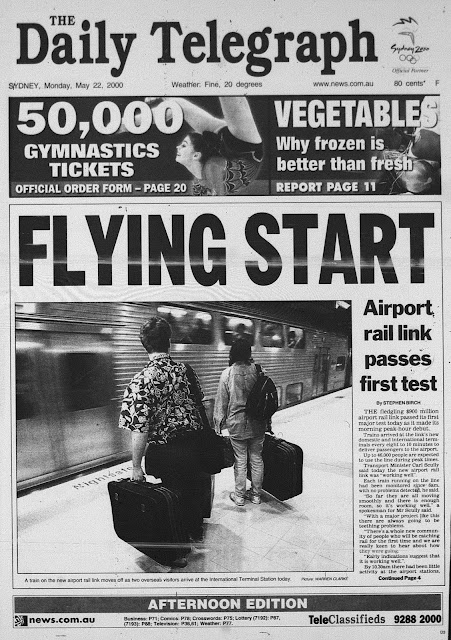 The Sydney Morning Herald reported on May 23 (Page 8) that while services ran smoothly, overcrowding of trains was a concern with airport travellers struggling to fit their luggage. NSW Premier Bob Carr even advised luggage laden travellers to travel to central Sydney by bus or train. Taxi Drivers also believed that the line would ruin their business. Two decades later, it is ride-share services e.g. Uber that have impacted their business and not the train. 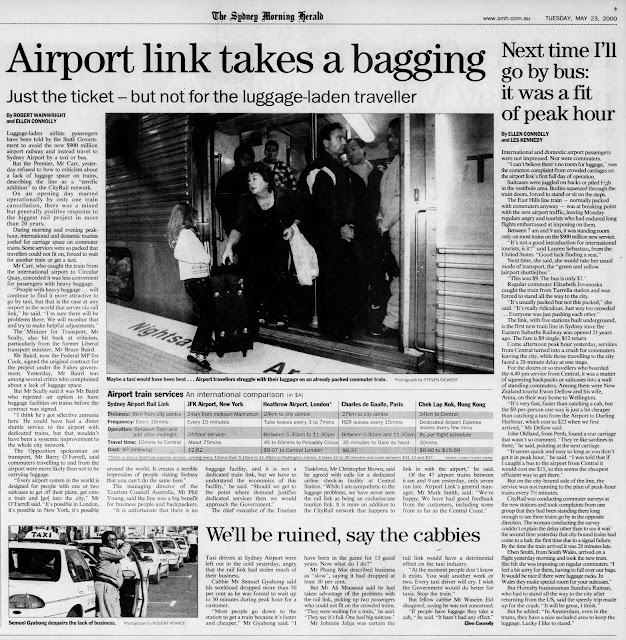 The need for luggage racks on the trains servicing the airport was considered but was dismissed. Two decades later - no change. 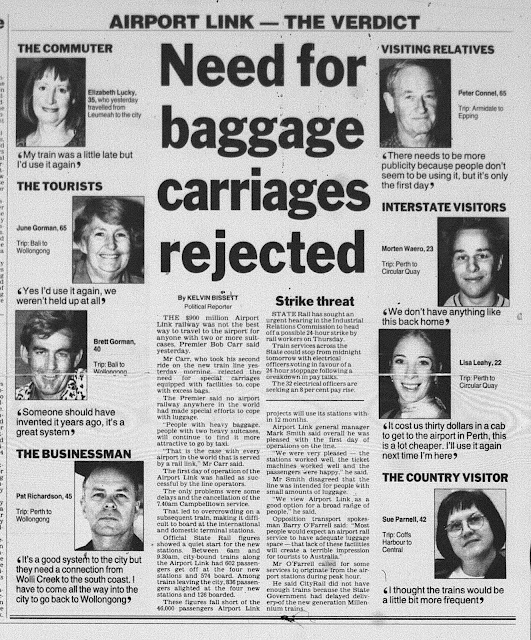 A Courier Service was explored as well with no success. 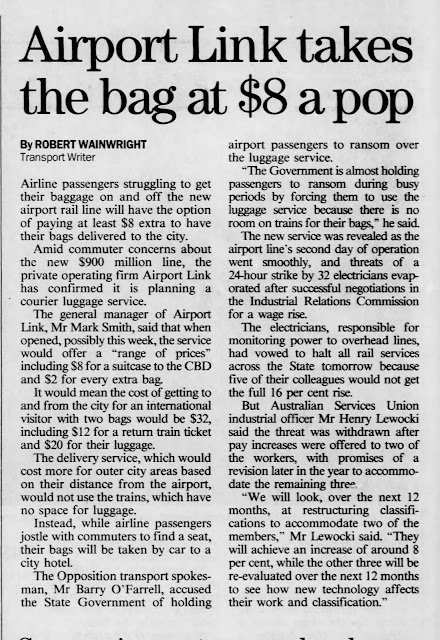 A new rail line also resulted in changes to timetables across the rail network, especially the East Hills and Illawarra/Eastern Suburbs Lines. Some stations on the East Hills line saw a reduction in services while stations between Glenfield and Campbelltown experienced increase services. However Travel times for East Hills Line commuters increased as services were now rerouted via the Airport Line, and those wishing to travel between Wolli Creek and Redfern had to change at Wolli Creek. Many Illawarra line services also stopped at Wolli Creek. 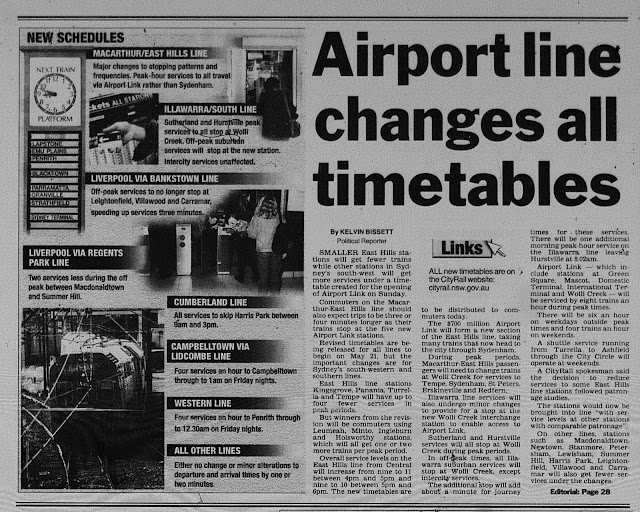 Next week, I will share some additional material relating to the Airport Line
Posted by Fabian Amuso at 13:15