Remember this: Australian Made Concert (1987)

On Thursday, we mark Australia Day and as part of marking Australia Day in 1987, Sydneysiders were treated to the final concert of Australian Made tour.

Leading Australian Artists came up with the idea of uniting together to promote the best of Australian Talent and undertook a national tour which began in Hobart on December 26, 1986, before moving onto Adelaide, Perth, Melbourne, and Brisbane.

This was in response to promoters of international acts who claimed that Australian artists could not fill up large arenas.

The concert has been recorded as occurring on January 26, 1987. It was held on January 24, 1987, which was part of the Australia Day long weekend.

In Sydney, the concert was held at Endeavour Field (Southern Cross Group Stadium), Cronulla attracting crowds of more than 20 000.


Below is some coverage as seen from The St George and Sutherland Shire Leader on January 29, 1987. The feature was published on page 3. 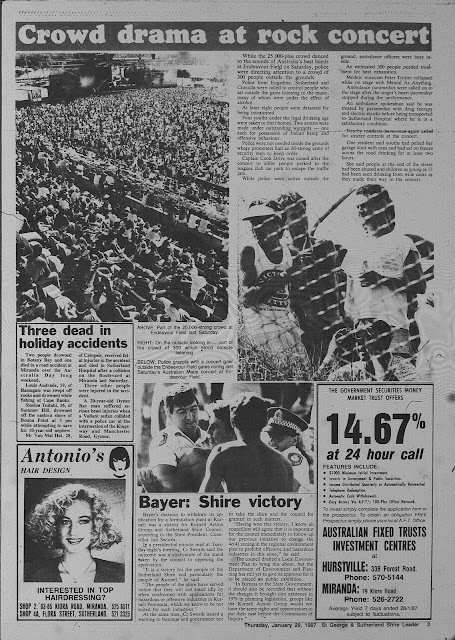 And as a bonus, below are some clips from the film (from Youtube) that was produced as part of the tour and all are from the Sydney concert.