I was having a look at the proposed corridor for the proposed Shorelink tunnel and noticed that the route is virtually identical to that proposed by the NSW Government in 1970.

The only difference between the 1970 and 2017 is that the 1970 proposal was above ground whereas it will be tunneled under this plan.

Below is the full article on the 1970 scheme as covered by The Daily Telegraph. This included a proposal for a double-decker bridge over Middle Harbour. The estimated cost was $70 million ($781 million in today's money). Compare it with the estimated $3 billion to be spent with the 2017 scheme which is tunneled. Estimated completion - 1980. 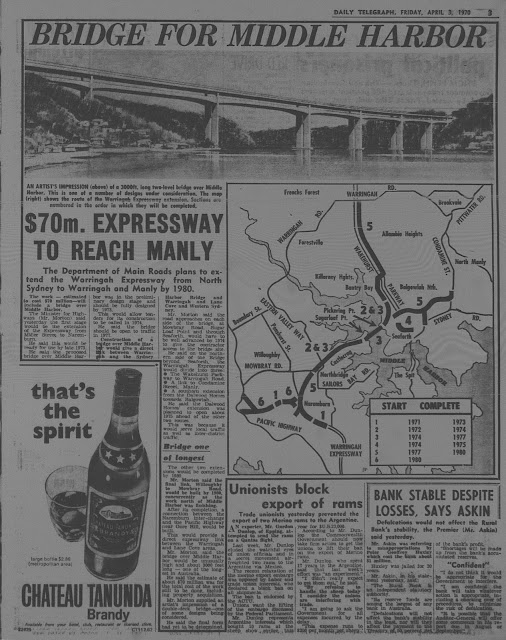