For nearly four decades, Westfield was based in William Street in central Sydney. Whether you drove up the street or see it in view from the Domain or the top of Park Street, it was a big part of the streetscape. The famous Boulevard Hotel also shared the honour, and still is there today. 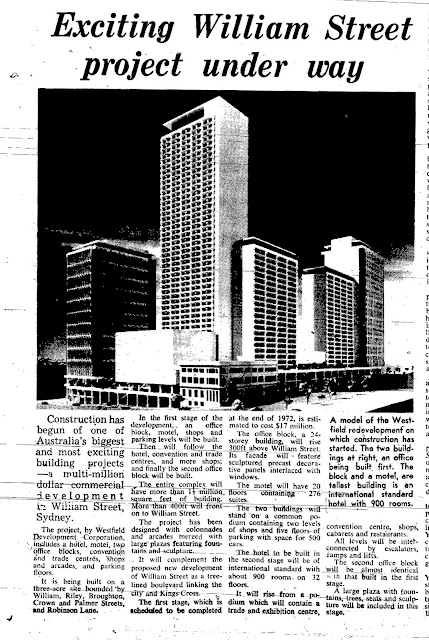 You'll notice above that the model is looking from William Street. Note that the Boulevard Hotel and the former Westfield Offices are at right. The scheme by Westfield comprised of:

The project would have been part of a greater scheme by city planners to turn William Street into a major boulevard, which simply has never come to fruition.

Had the scheme gone ahead, I think William Street would have been a more reputable address for businesses to be based and spurred further development on the city fringes, extending the Sydney CBD into Kings Cross.

Property Advert of the Week: The Rawson, Balmoral (1998)

This week, we head up to one the most prestige suburbs on the North Shore - Balmoral. In 1998, a prestige penthouse was up for the grabs right on the slopes. 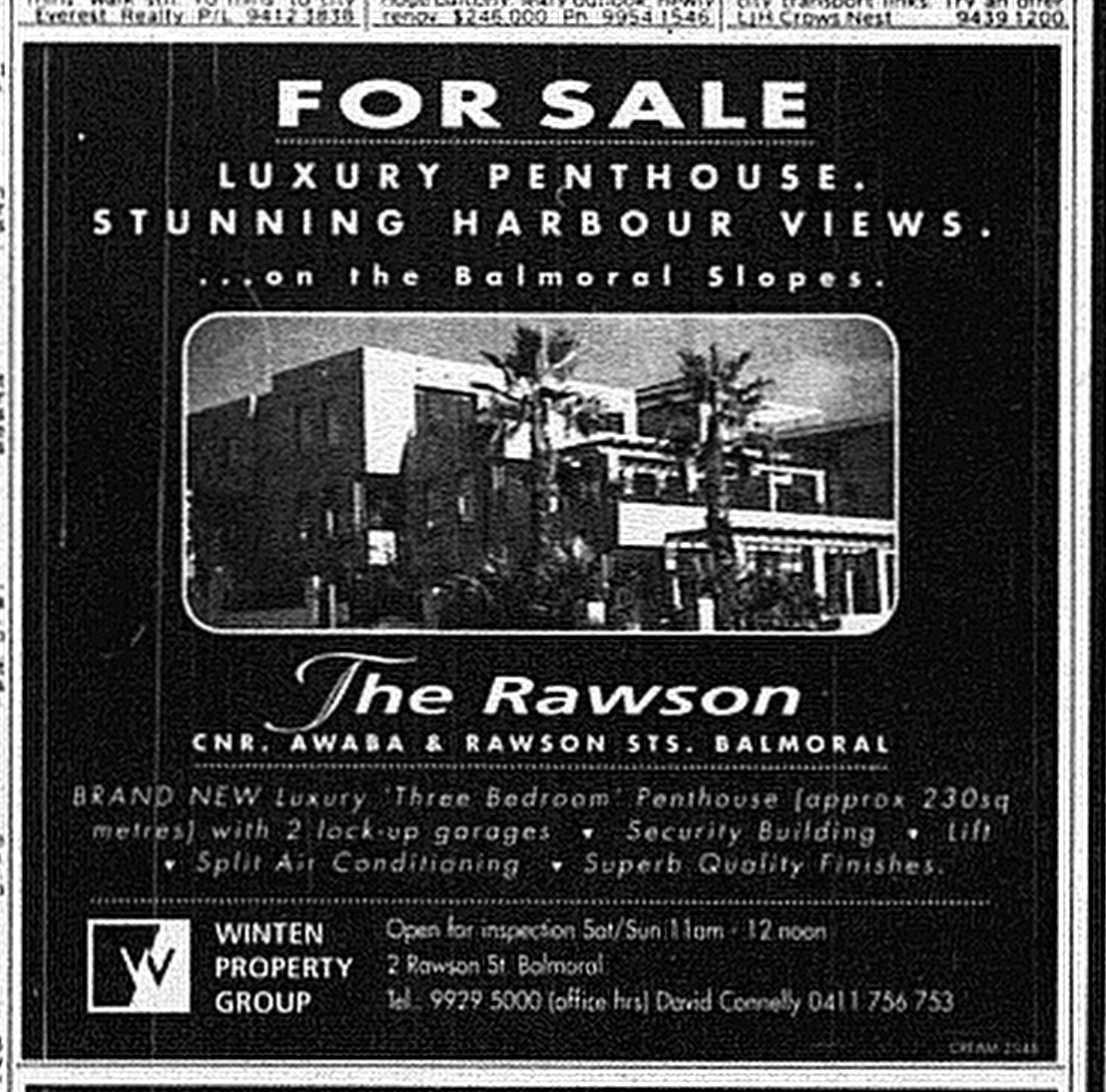 With forced council mergers a big topic in communities across sydney, I found an article from 1966 when Epping wanted to create its own council to resolve the situation where the suburb was divided amongst three councils - Parramatta, Hornsby and Ryde. This was seen as causing headaches for locals. The existing councils opposed the idea. It never got off the ground, but under the NSW Government's policy of forced council mergers, the entire suburb of Epping was incorporated into the City of Parramatta Council in May 2016. 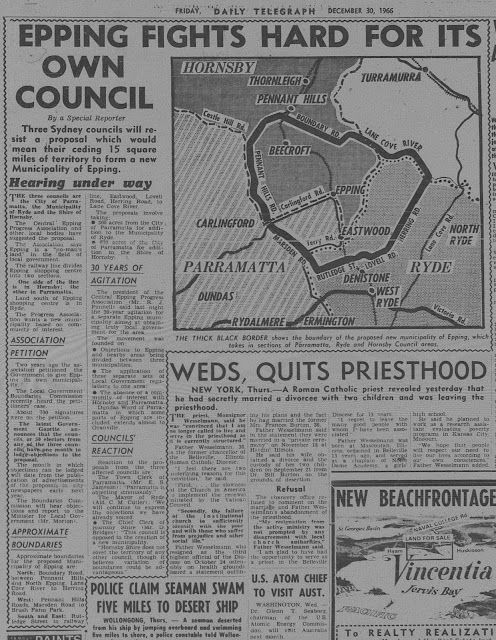 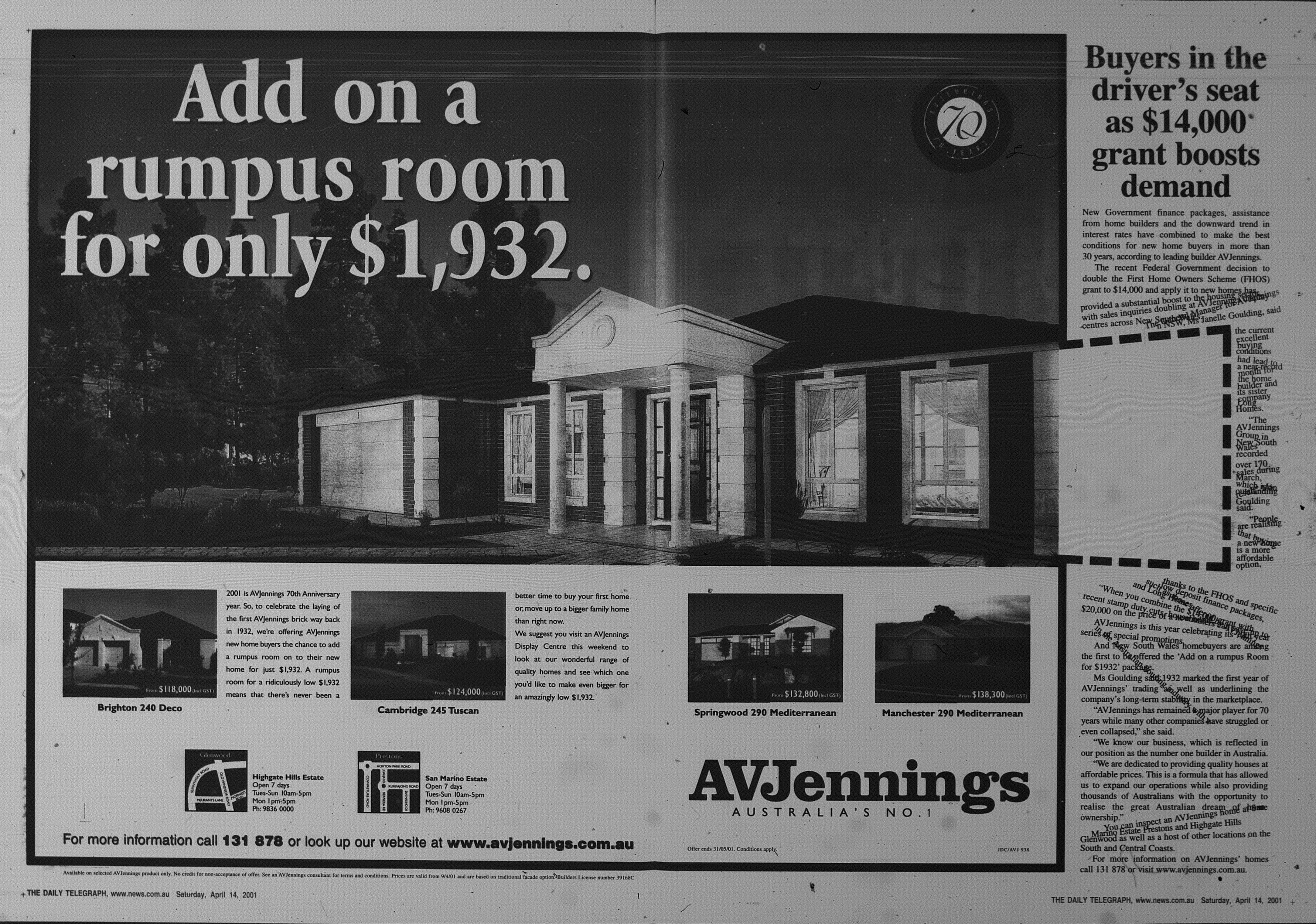 1966: Goldfields House is open for business


In 1966, Goldfields House in Alfred Street accepted its first tenants when it was completed. For its 50th birthday last year, it was given the worst present one could receive - death.

Currently, it is in the process of being demolished, but I did find an article from The Sydney Morning Herald in 1966 which provides an insight into the building. The report mentions the tower is 27 stories tall, but the skyscraper centre lists the tower as being 25 stories tall but the height of 110 metres is correct. 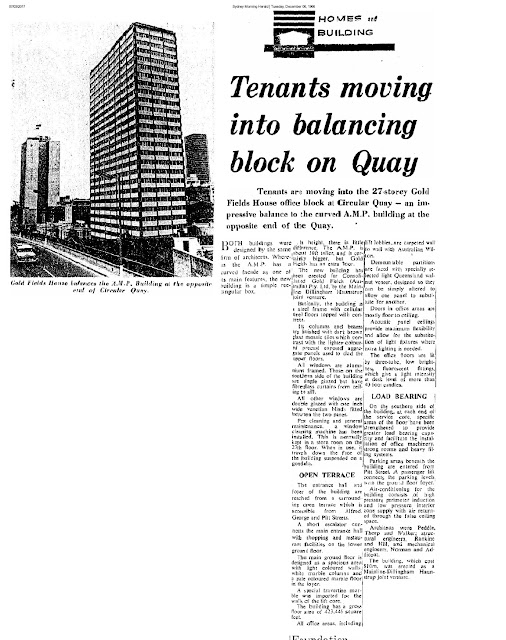 People have mentioned the similarities between Goldfields House and the AMP Building located down the street. They were designed by the same firm - Peddle Thorp Walker. The AMP has a curved facade whereas Goldfields House does not.

Here is another feature on Goldfields House that was published in The Daily Telegraph on November 7, 1966. 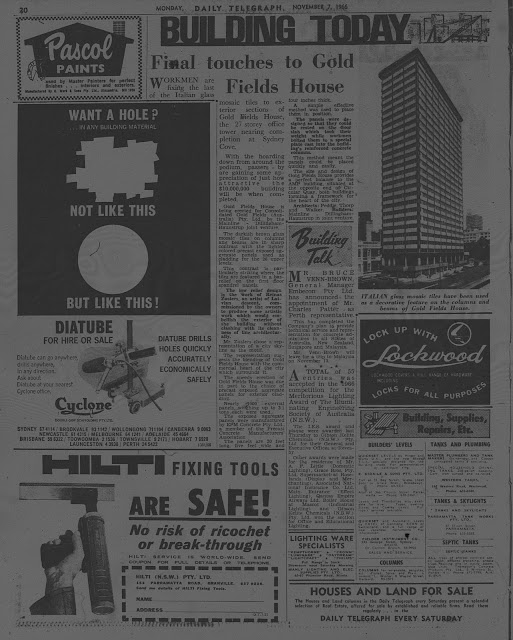 The building's fate was sealed in late 2014 when Chinese Property Tycoon Dalian Wanda bought the building for $425 million. Wanda also owns adjoining properties including the Rugby Club and Fairfax House in Pitt Street. The three sites have been combined, all buildings demolished and two towers will rise. A 30 story (110 metre) hotel tower will rise on the Pitt Street side, while the remainder of the site will have a 59 story (197 metre) apartment tower containing ultra luxury apartments. 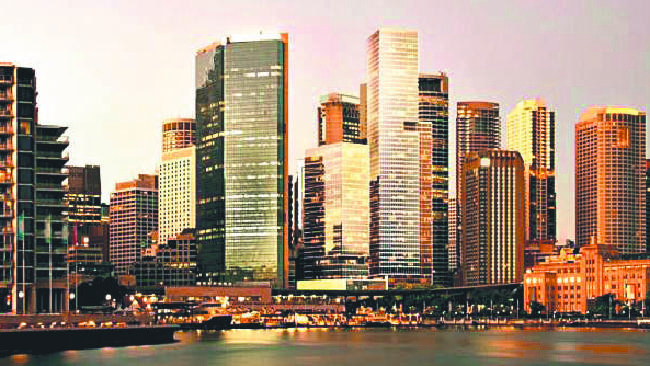 What has made the redevelopment of the Goldfields site possible has been the huge demand for apartments in central Sydney along with a relaxation of planning guidelines. The location is also a major factor with the building located right opposite Circular Quay with never to be built out views of Sydney Harbour.

While the office space in Goldfields House was rated as A-grade, businesses prefer newer buildings that can accommodate and reflect current workplace environments, which is difficult in older buildings like Goldfields. While its possible to gut the tower and modify it, returns from converting a building into a residential building can result in higher returns for investors and developers.

In 1998, you could purchase a designer warehouse apartment at 82 Myrtle Street, Chippendale.

The Sunday Telegraph reported yesterday that Sydney is not only facing a wetter than usual Autumn and Winter, but the city is also on a trend towards higher annual rainfalls, going against research that suggests that climate change will lead to a drier city.

For me, the rain when it comes seems to occur less often but when it does rain, it is more intense.

But I do have this clipping from The Daily Mirror published in 1990 where weather reporter Don White (still working at The Daily Telegraph) explains why Sydneysiders back then were being subjected to wet weather.

Both yesterdays article and the article from 1990 want to blame El Nino because it is being predicted that were due for one later this year. 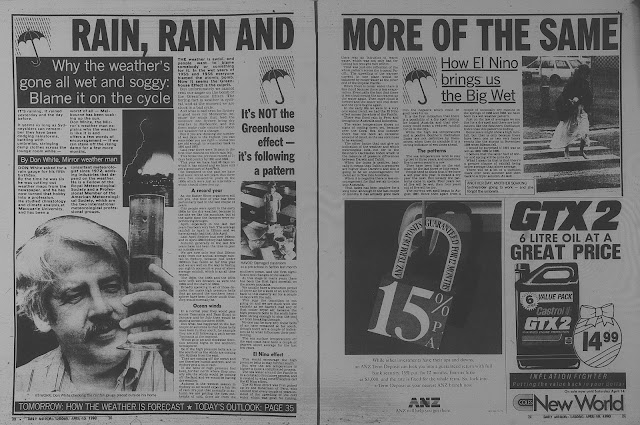 And yes, some more rain is forecast this week. At least it's better than the 40-degree weather we had to put up with during our hottest summer on record in 2016-17.
Posted by Fabian Amuso at 00:00 No comments: 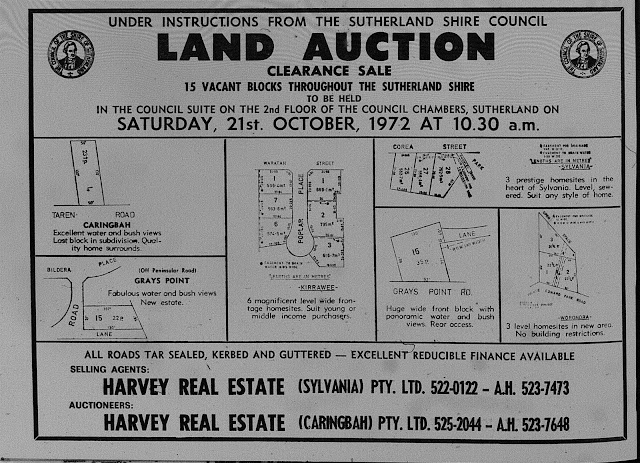