In 1959, Sydney City Council had proposed to demolish the Queen Victoria Building and replace it with a public square and underground carpark. A decade later, architecture students from the University of NSW proposed their own visions for the site. This went on public display.

Below is a 1982 advertisement from AVJennings featuring the "Homestead" which could be built on your block of land from $29 950. 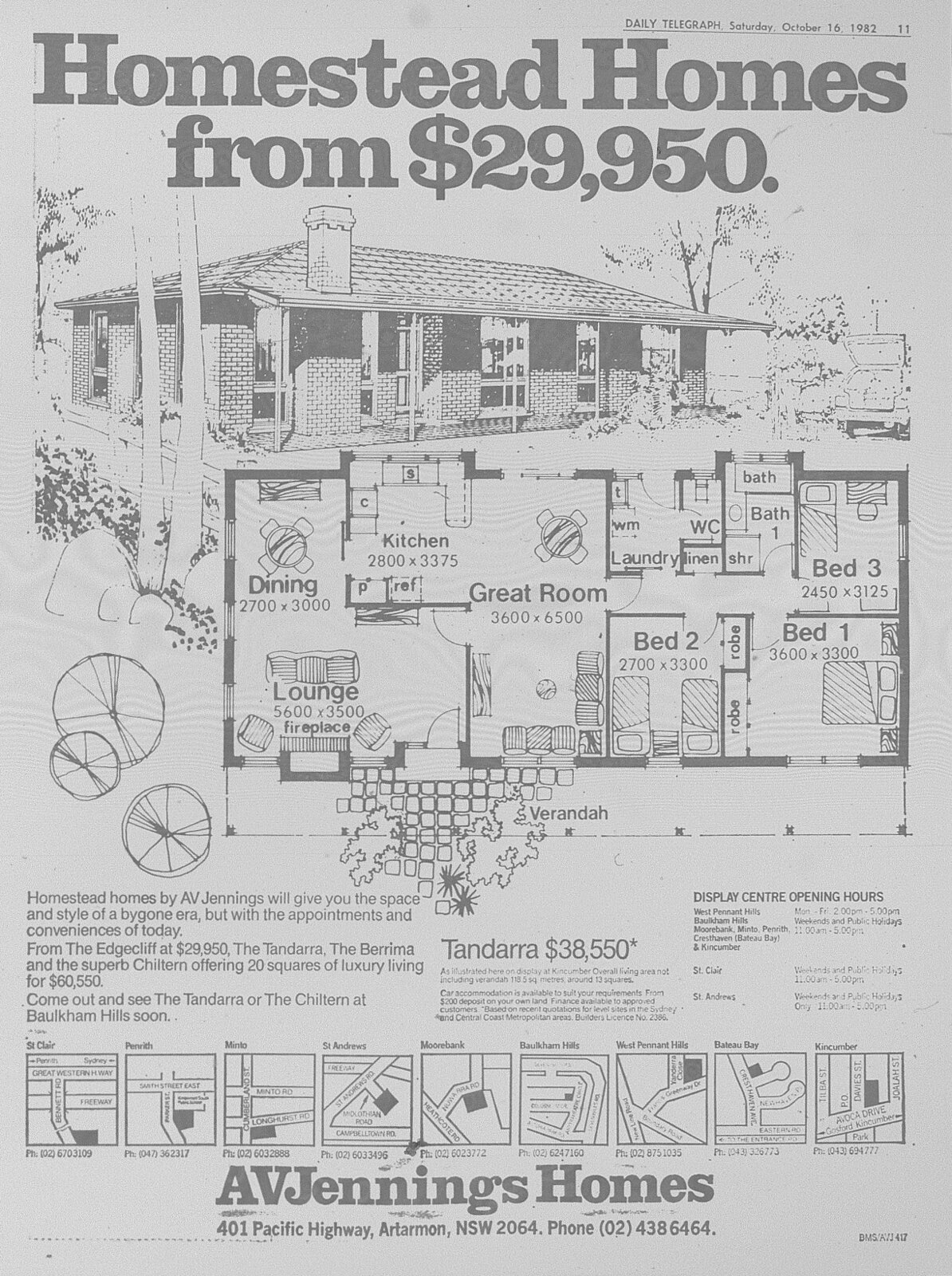 One of the most popular ferry routes in Sydney doesn't operate east of the Sydney Harbour Bridge. It is the Parramatta Rivercat run.

The first service from Circular Quay to Parramatta was on December 9, 1993. It was intended that the Rivercat service would be a major mode of transport from Sydney to Homebush Bay.

Today the service generally operates during off-peak periods and at weekends. Services used to run express to Rydalmere, resulting in a 50-minute trip either way, but today takes nearly a 90 minutes as it generally operates as an all stops service.

It is a great way to see the western harbour and the Parramatta River on a budget.

Below is a special feature from the December 9, 1993, edition of The Daily Telegraph Mirror. 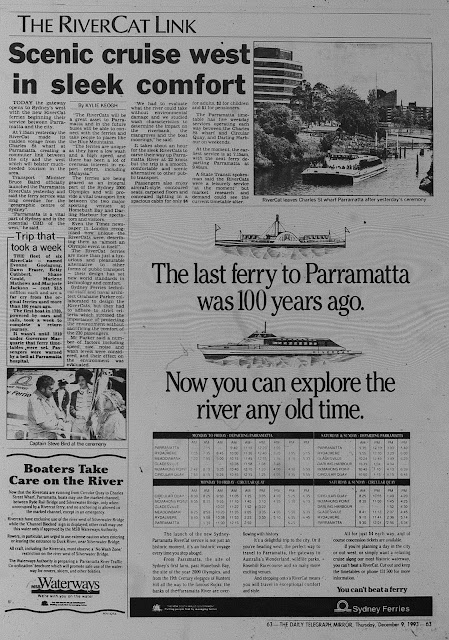 This week, we head to Fairfield West, where 33 lots of land just off King Road were on sale through the Home Sites Development Commission, which was part of the Housing Commission of NSW. I have included a Google Earth link to show how the area looks today. In today's money, the block of land just cost around $27 500 according to the RBA Inflation Calculator. 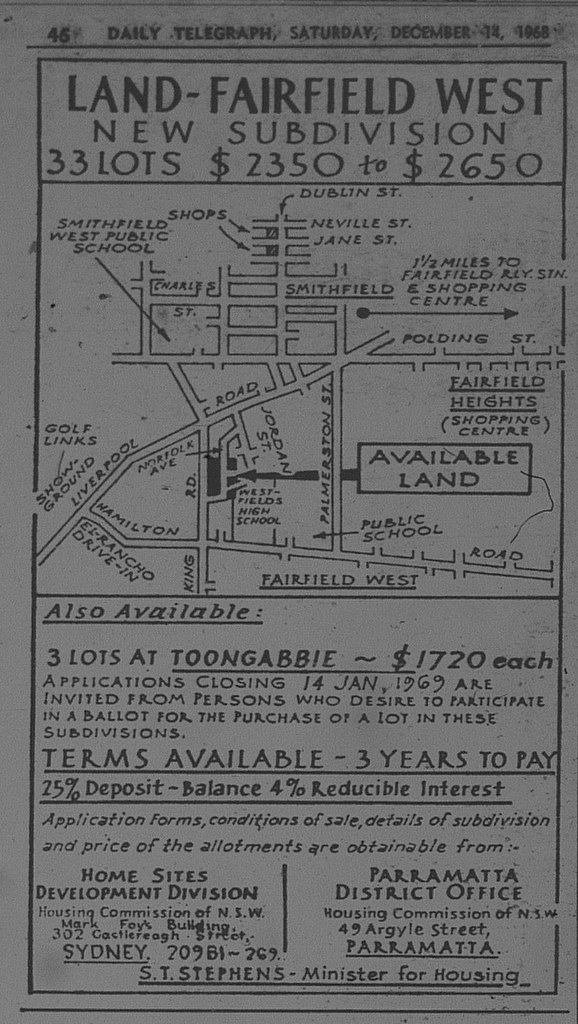 At the former ATO Office Building site in Hurstville, two residential towers are currently under construction - one is 18 levels tall and the other 14 levels.

The ATO Office Building was seven levels tall and completed in 1994. Demolition occurred in 2017.

Below is an article as published in the January 13, 1987 edition of The St George and Sutherland Shire Leader. This involved a twin tower scheme for a 10 level tower and an 11 level tower. Like the current residential development, there were objections e.g. traffic and overshadowing. 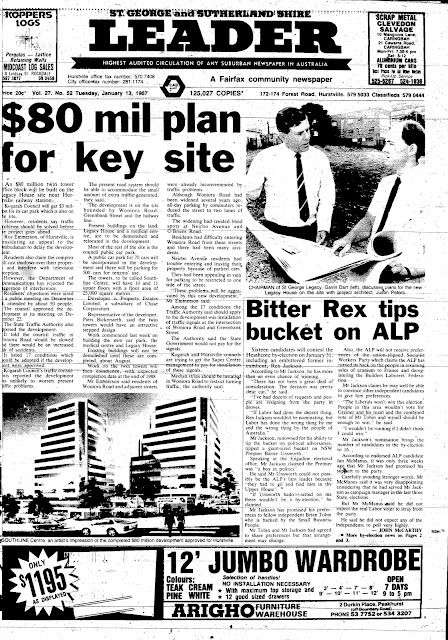 Had this scheme go ahead, I think attracting tenants may have been a challenge. The ATO building while shorter had larger floorplates that would appeal to larger firms. As for redevelopment, the towers would have been gutted and converted into residential, though I would not be surprised if they were demolished and replaced, like what has been done in regional centres like Epping.

Below is an advertisement for Arthur Robinson Homes dating from 1965. 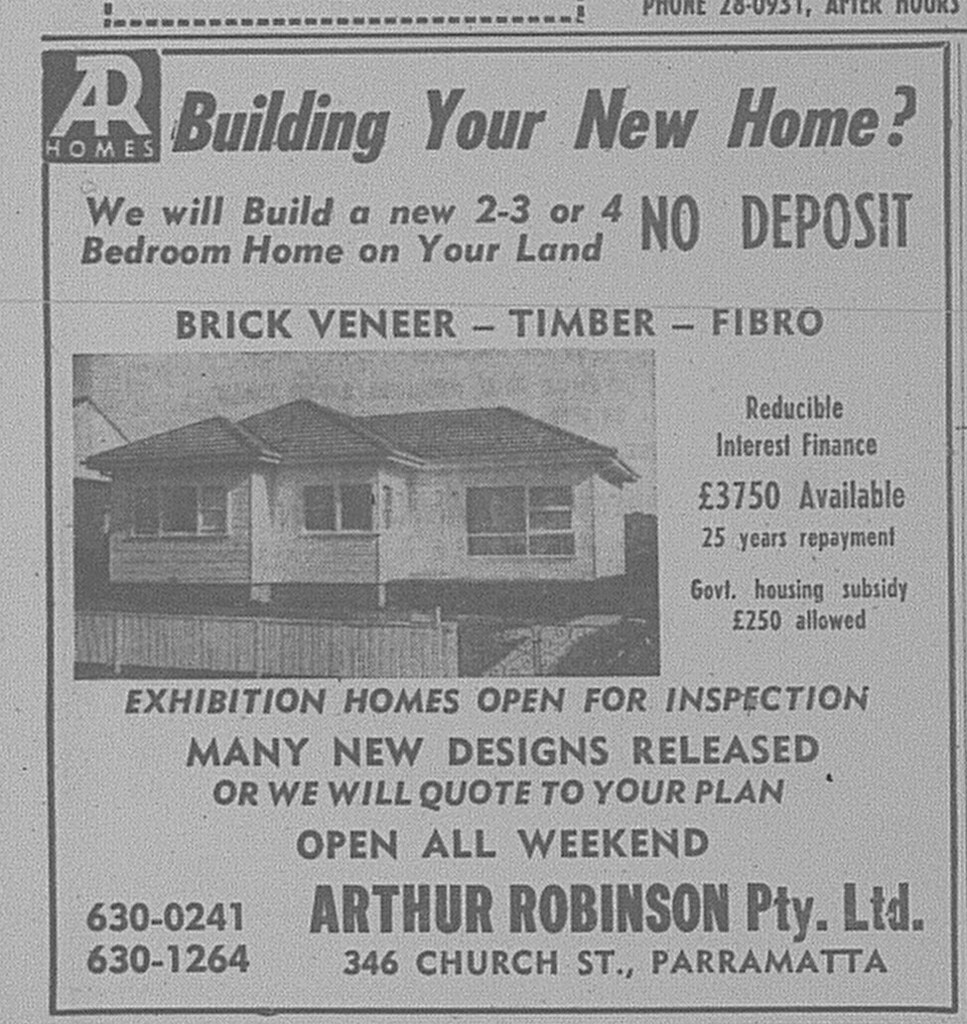 1967: Plans for the "skyline changing" Prudential Building are released.

In 1967, plans for the Prudential Building in Martin Place were released. The 27 level building  would be completed in 1971 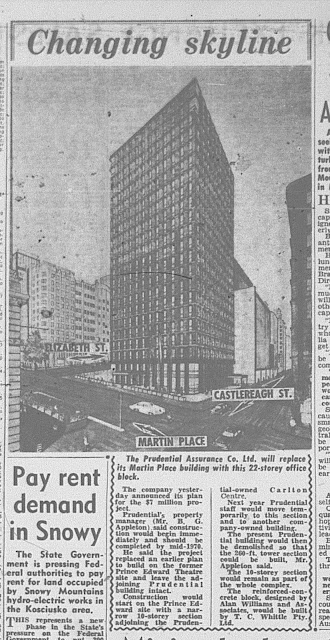 Was it skyline changing? No. Could one see the building from the suburbs? Any impact was on the streetscape was on Martin Place. It was set back slightly from the street. It never blended in with the architecture lining the street.

In 2018, demolition began on the building to accommodate the new Sydney Metro Station at Martin Place. A new, taller building is proposed for the site.

Property Advert of the Week: Parkes Developments advertisement for Moorebank (1971)

Below is a 1971 advertisement from Parkes Developments advertising blocks of land at Moorebank. 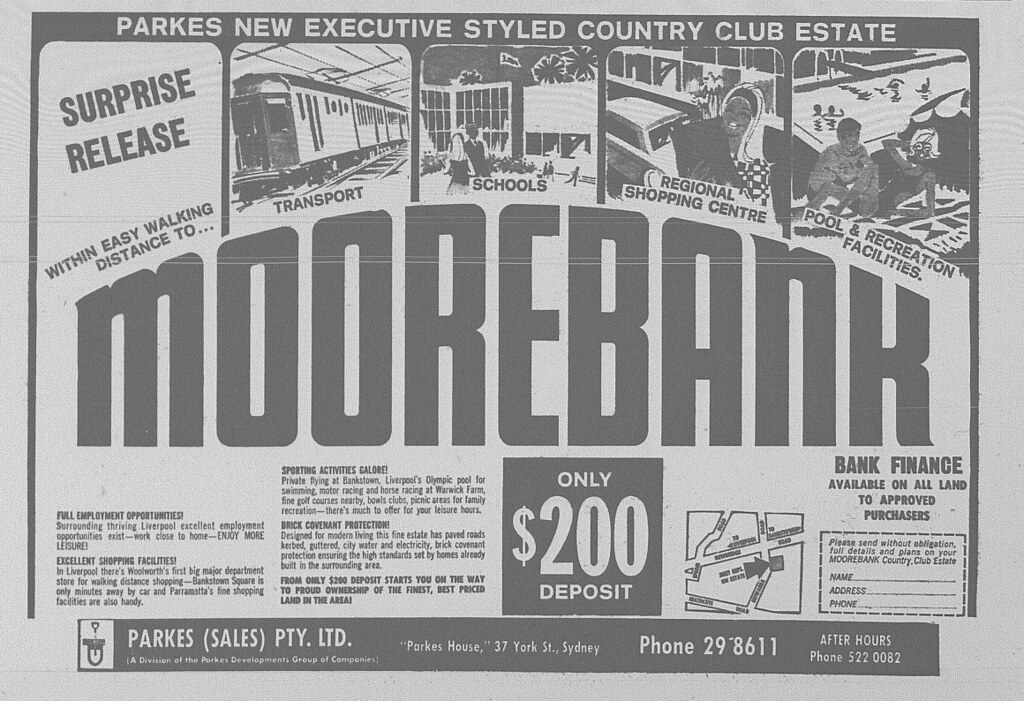