Our Property Advert of the Week is from 1998 for the Vivere Apartment complex in Campbell Street, Surry Hills. 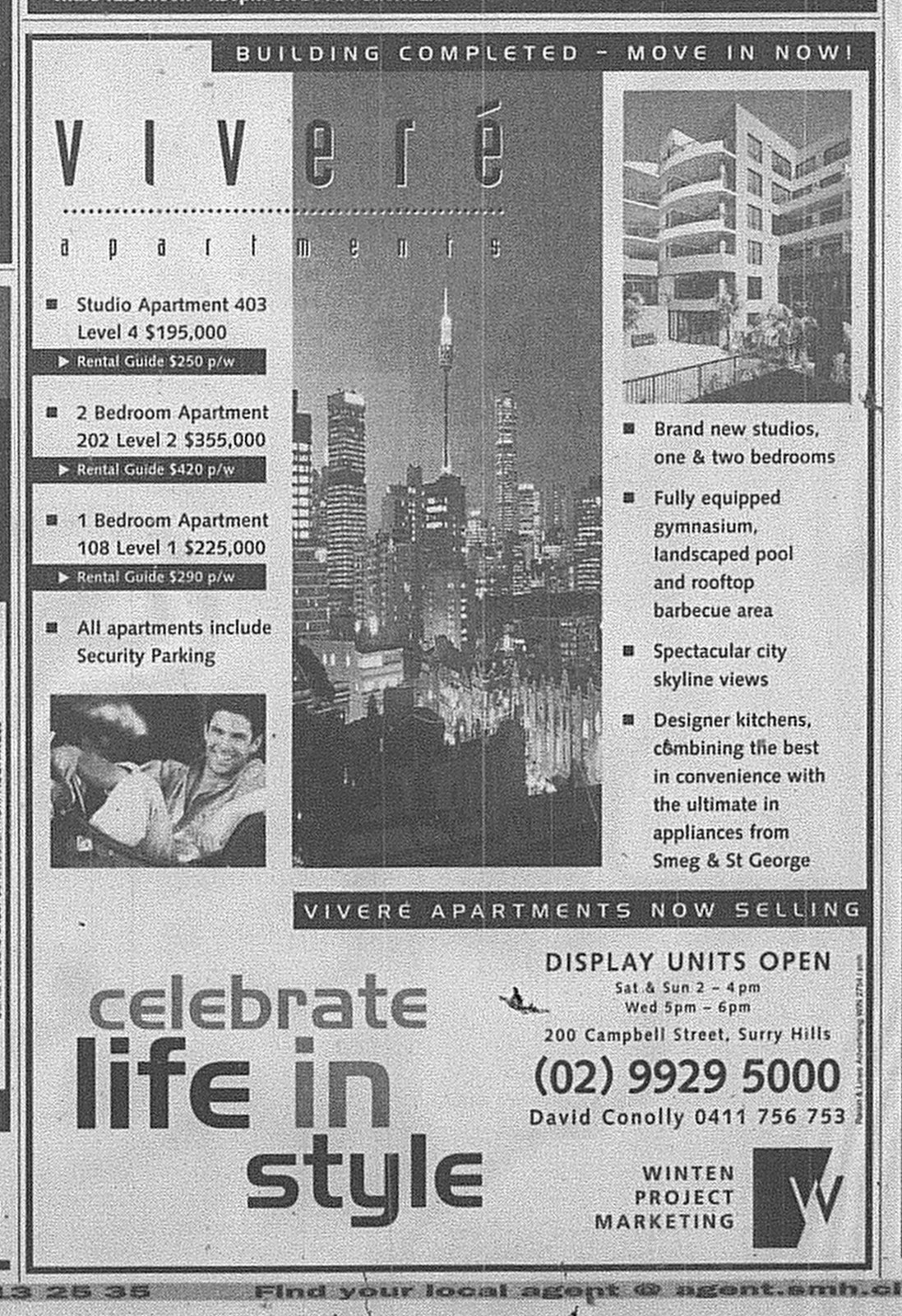 I was a toddler when these plans for Concord Oval came out, in 1987 but to discover this about a year ago really impressed me. I had heard over the years especially in the 1990's plans to enlarge it, but this has never happened.

But the question I might have to ask myself is why the Australian Rugby Union felt the need to build its own purpose-built stadium when Sydney was getting a 45 000 seat football stadium that could accommodate them along with Rugby League and Soccer. The three sports co-exist at Moore Park very well and every weekend has seen one (if not two codes) make use of the ground.

It was probably about prestige and the fact that maybe one huge 45 000 seat rectangular stadium for Sydney was not enough. The idea of an Olympic Stadium or an ever bigger stadium was yet to emerge. 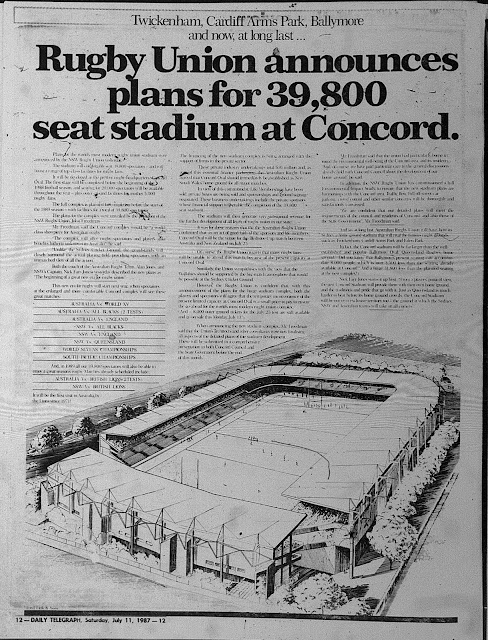 It was the Sydney Football Stadium and Stadium Australia (ANZ Stadium) that killed off the plans ultimately. Apart from the facilities that the stadiums offer, Concord Oval is surrounded by homes which make expansion difficult along with access to transport. Parramatta Road which runs along the southern side is Sydney's busiest road. The major stadiums offer better transport options. Stadium Australia is serviced by rail at Olympic Park while the Sydney Football Stadium is served by buses and not far from the Sydney CBD. Stadium Australia is only about five kilometres away as well, and double the size of what Concord Oval might have been.

Canada Bay Council, recently expressed its desire to see the venue get a decent upgrade with the hope of attracting some major events like NRL or A-League games. However that will be hard to pursue as the NSW Government injects over $1 billion into ANZ and the Football Stadium along with Parramatta Stadium. Suburban Grounds will still get some funding as part of the plans with a dollar for dollar deal.

Property Advert of the Week: The Edinburgh by Stuart Homes (1967)

In 1967, Stuart Homes offered the Edinburgh which was about maximising the space and yet leave a covered area for the inevitable second car. 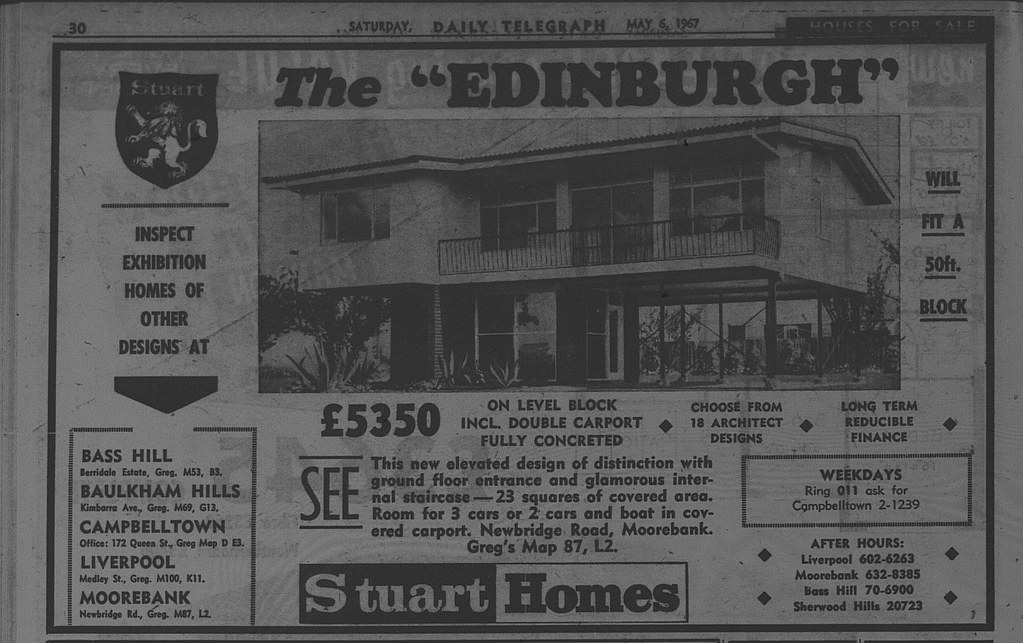 Note: Advertising in pounds, shillings and pence was permitted in 1967 as part of a two year transition to decimal currency from 1966.

1992: Leichhardt Council Vs The State Government on local development. 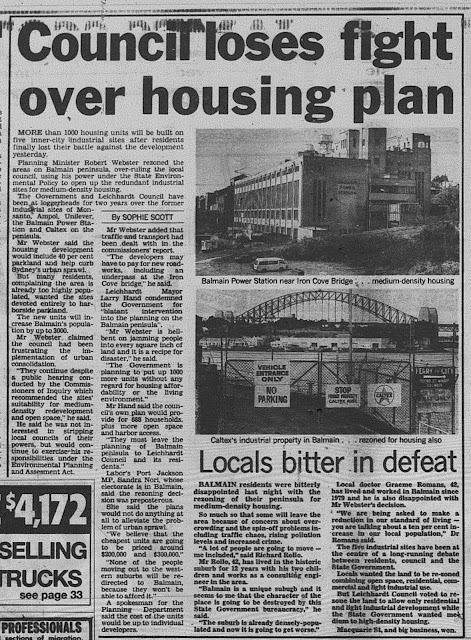 By the end of the decade, the sites were redeveloped into highrise residential estates like the former Balmain Power Station, which become Balmain Shores. 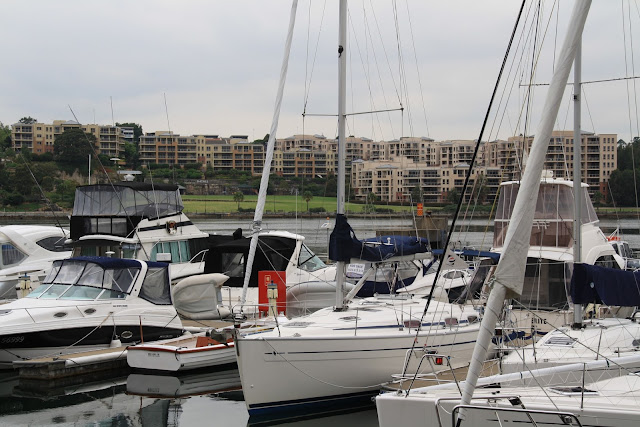 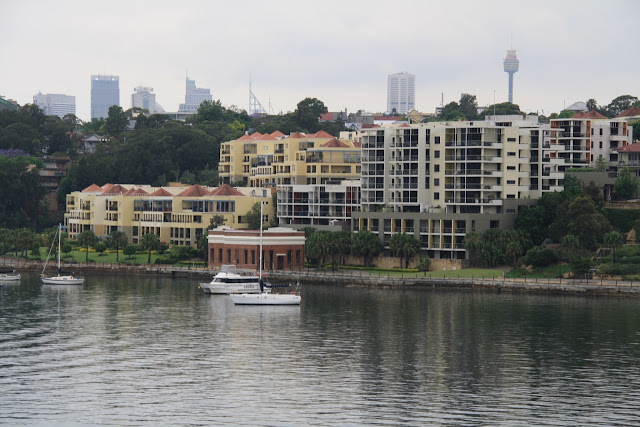 Above: Balmain Shores. Photos were taken by the Author.

The Colgate Palmolive Factory buildings were spared the bulldozer, along with three of the original buildings at the Lever Brothers Site.

However, the scale of the development has to be put into question. It is the density and scale of the buildings. I find the buildings to be too close to each other. You might be better off making them taller and slimmer, but locals would object to that. With highrise buildings, sometimes it is better to increase the height of the building and cut on the bulk. That might have worked. Otherwise, I would have suggested a scaling back. However, it seems that everyone in Sydney wants their piece of harbourside land and yet have become desirable places to live.

Locals did have a victory of some sort. The Caltex Site at Ballast Point was bought by the State Government in 2002 for $16 million and was converted into a public park.
Posted by Fabian Amuso at 00:00 No comments: 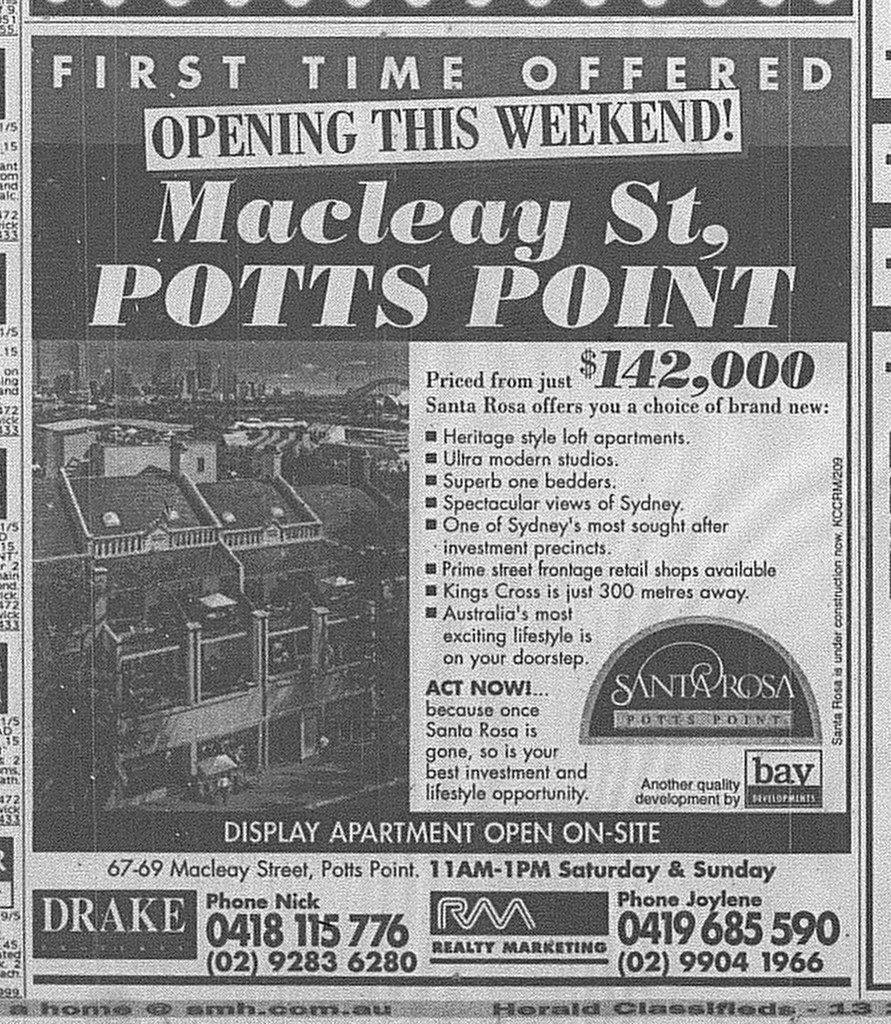 This month marks a milestone for a Sydney bridge - The Roseville Bridge. It was officially opened on April 2, 1966, by NSW Premier Sir Robert Askin. 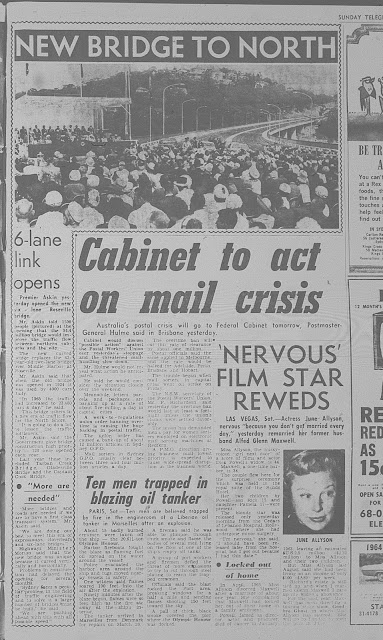 It was built to replace the original low level, single lane bridge which had opened to traffic in 1924. The original bridge would not be demolished until 1974, though there were calls to preserve the bridge for historical purposes.

The new bridge was six lanes wide, spanned 377 metres and was supported by six pylons.

It would allow for further development of the Northern Beaches, particularly Forestville, Frenchs Forest & Belrose, but also would open another route for commuters to travel into Sydney from the north and avoid the congestion around the Spit Bridge.
Posted by Fabian Amuso at 00:00 No comments:

Here is another classic advertisement from Meriton Apartments in 1995- This time for Princeton in Pitt Street, almost directly opposite the art-deco Water Board Building. 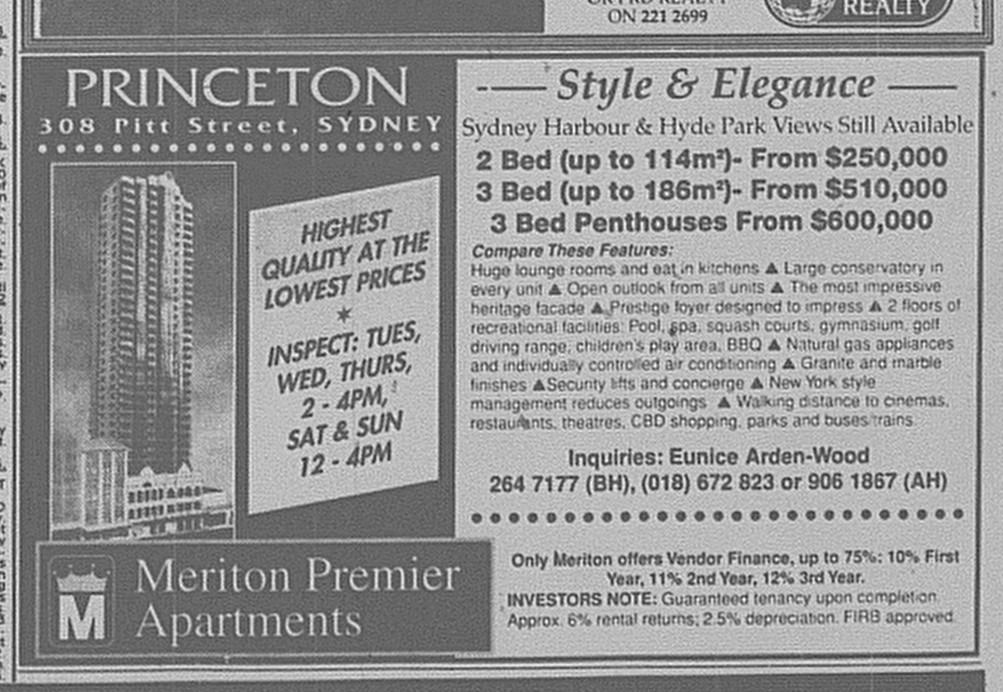 Tomorrow (Tuesday) will be fifty years to the day since the Sydney Opera House topped out when the final section of the tallest sail of the Opera House roof was fitted and bolted into place. It was anticipated that the Opera House would be ready within a year of the photo being taken
but was not completed until 1973. 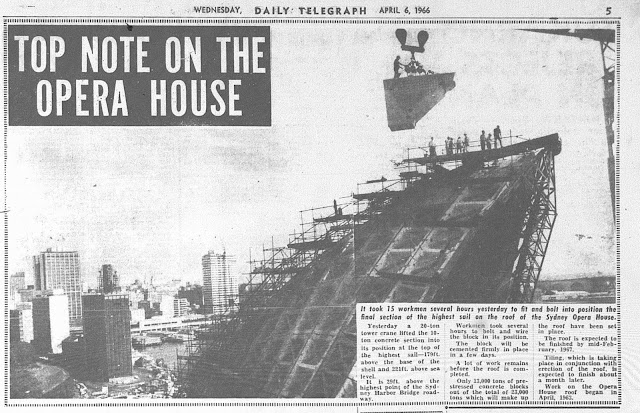 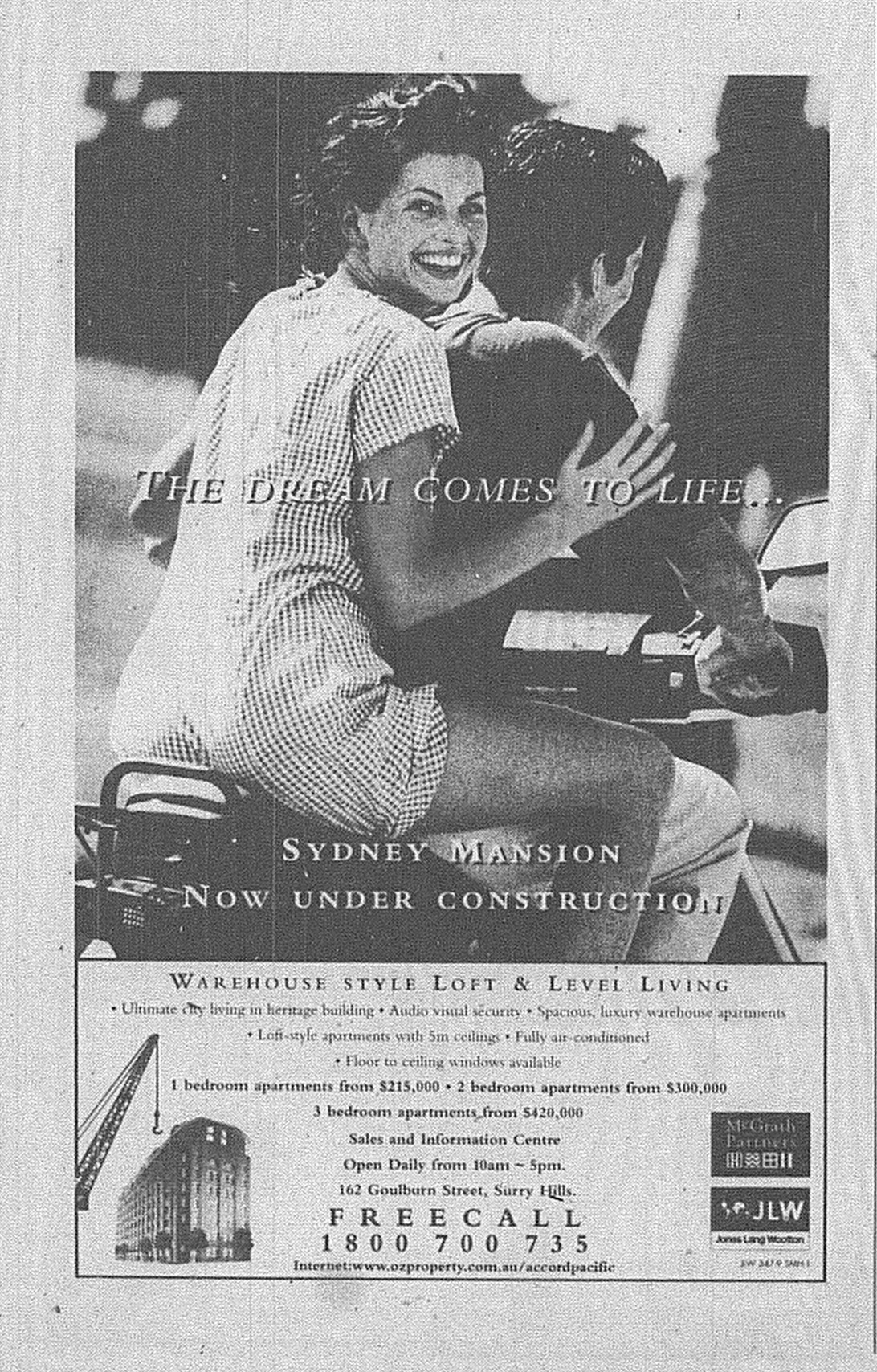