Despite its cancellation, I will proceed with my annual posting of the Easter Show as it was 25 years ago. This year, the focus is on 1995. However the coverage by newspapers was disappointing even with their preview guides. Normally they would give you great information about the Easter Show as it happens each this was one year of disappointment. 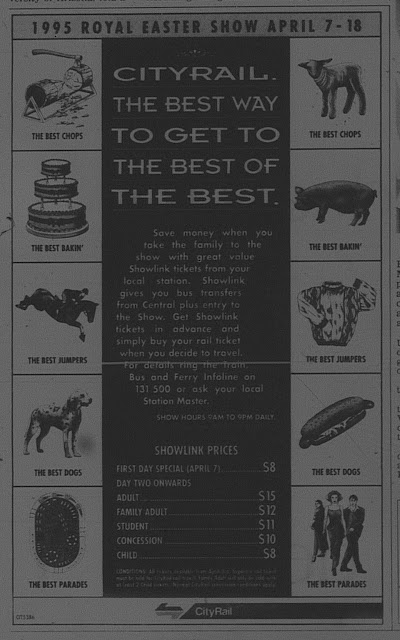 tickets were a return rail fare with show entry. Free shuttle buses also ferried from the city to connect with CBD rail and bus services.

There was an opening day special of $7 entry ($8 for Showlink tickets).

Had the Easter Show proceeded as planned in 2020, it would have cost $43.50 for adults if purchased at the gate, $27.50 for Children and $28 for concession. However, discounts applied if purchased online or at a Woolworths Supermarket. Public transport was also included. For an adult, assume it will cost around $10-$15 for transport to and from Sydney Olympic Park. Tourism operators were also selling tickets tickets. 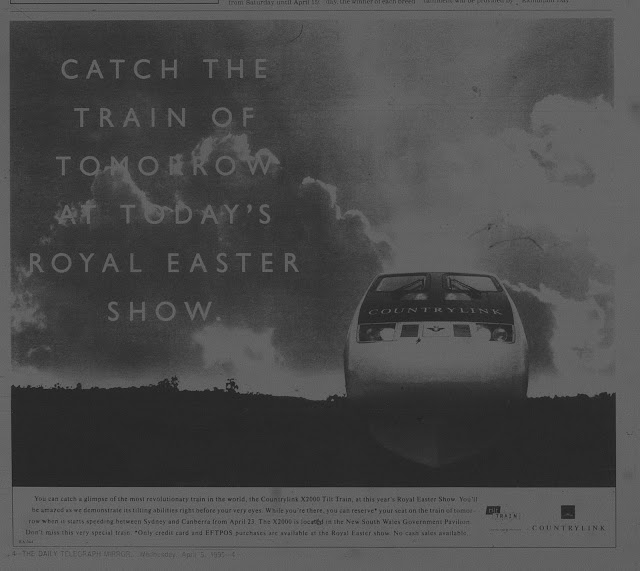 
Below is an assortment of Showbag advertisements which was one element not overlooked by the newspapers. This was your ultimate guide to what was available. before the show begins and see the items featured. Advertising of a result in recent years. 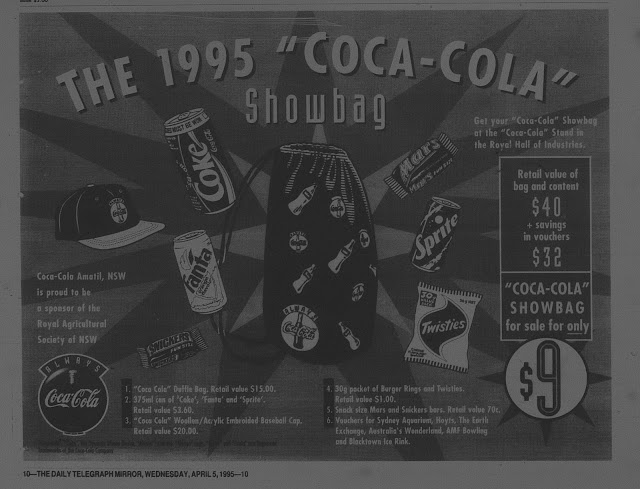 Mega Bags - Compared with 1994, they went for a smaller commercial in the preview guide. 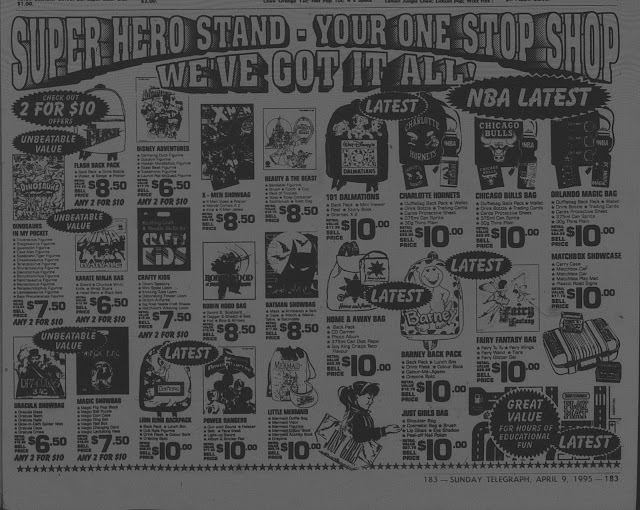 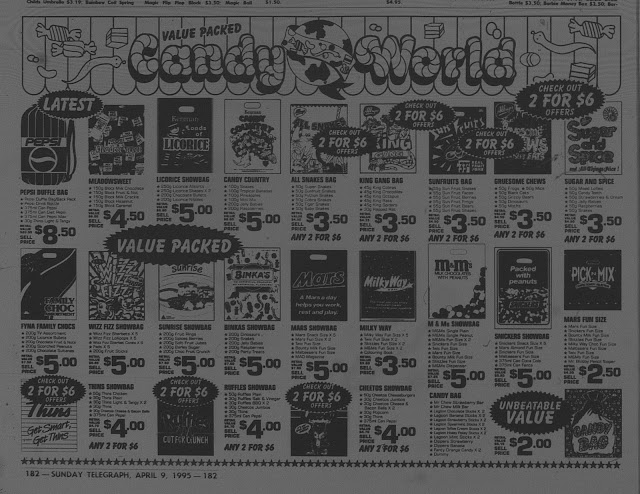 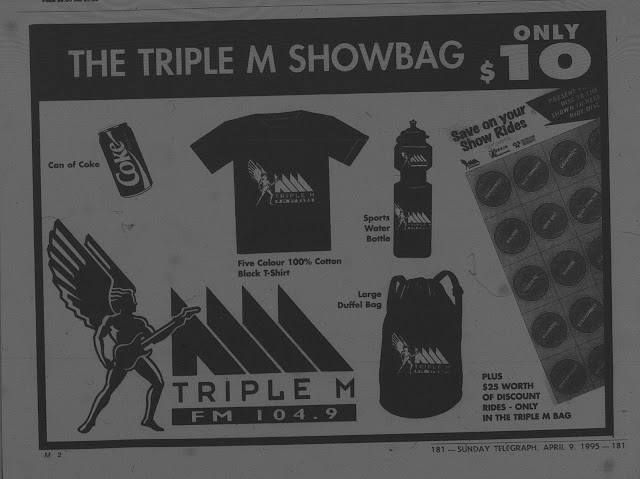 Bensons list the contents of their bags in their advertisement. 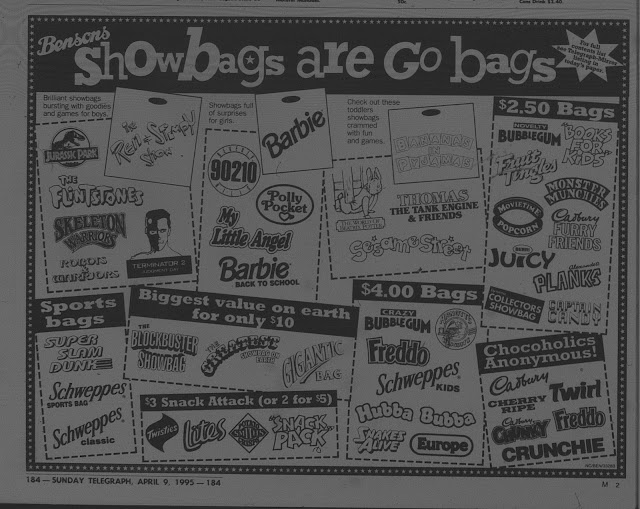 The unit complex at 3 Campbell Street, Bondi is very noticeable on the landscape at the southern end of Bondi Beach. $35 000 bought you an apartment with "million dollar views" which certainly lives up to five decades later. 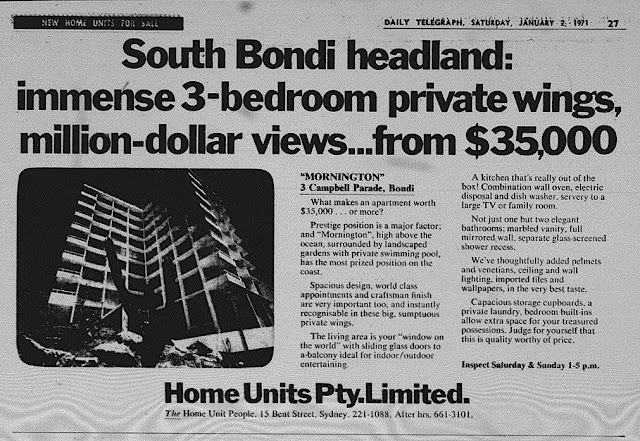 Older readers might remember when it was possible to buy antiques at David Jones. In 1995, they made a decision to pull out of the antiques business. The reason was due to customer also changes to tax laws.

Source: Lamont, M. 1995. "Antiques are now becoming a thing of the past for David Jones". The Sydney Morning Herald, April 7: 5.

The article refers to "target marketing" where department stores focus on providing products that consumers would expect out of a department store. In the 1990's the focus was on fashion, entertainment and .

In the past decade, the focus has narrowed further with a greater focus on fashion. This has come at the expense of other departments, which have either shrunk or been eliminated altogether. Could this be one factor contributing to their difficulty to compete with other stores and online retailers?
Posted by Fabian Amuso at 00:00 No comments:

Below is a Stocks and Holdings Advertisement from 1969 promoting and land packages in the Tralee Estate at Old Toongabbie. 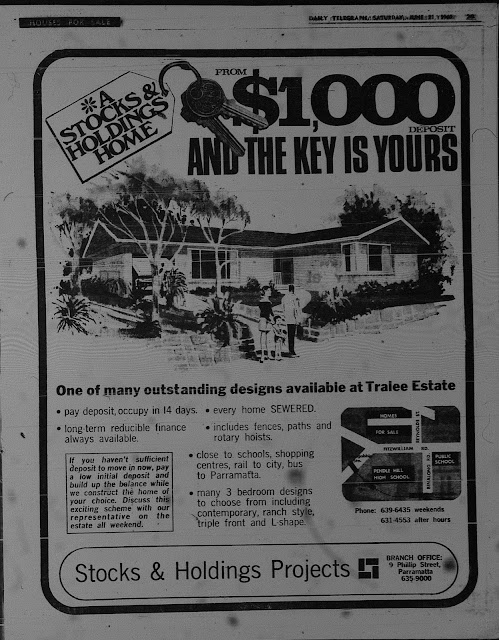 Sydney's Tulloch carriages were the first double carriages to operate in 1964 on the rail network. They could also be integrated with the "red rattler" carriages.

A train comprising of only double carriages was still a decade away when this article about double  trains was published in The Sun Herald in 1962. The first Tulloch carriages were intended to be on the rail network in 1963, but had to wait a little longer.

Reporter Bob Johnson visited the workshops at Rhodes and was shown around a concept model. As you read through the article, he presented a positive review of what Sydney rail commuters were expecting. Compared to double  buses, navigating the stairs to either the upper or lower deck was never going to be a challenge.

And it was seen as addressing overcrowding and capacity constraints on the existing rail network, though studies in recent times suggest single deck trains have lower dwell times and henceforth, more trains can operate. 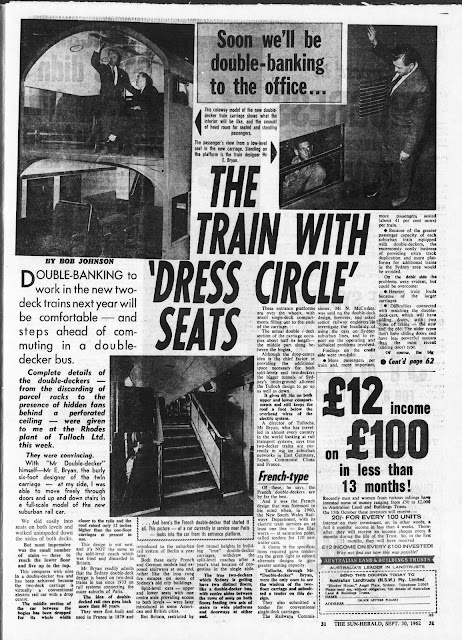 Property Advert of the Week: Eastlakes (1965)

I have posted two entries featuring advertisements for homes and apartments at Eastlakes, but recently unearthed this one from 1965. 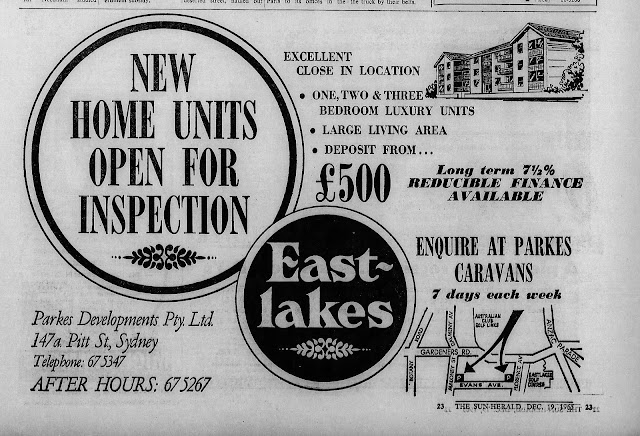 Below is a "never built" proposal by Club to build a resort on the Malabar Headland encompassing the site of the ANZAC Rifle Range. 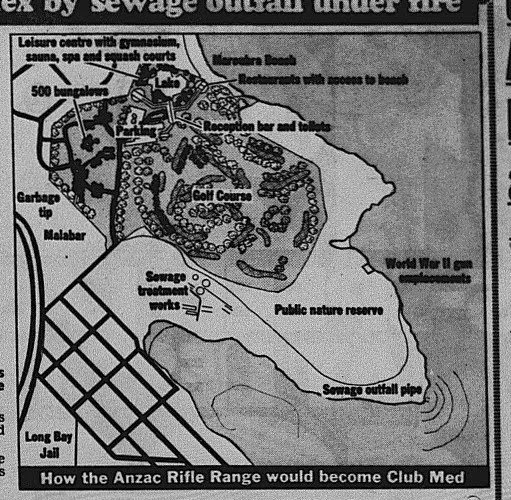 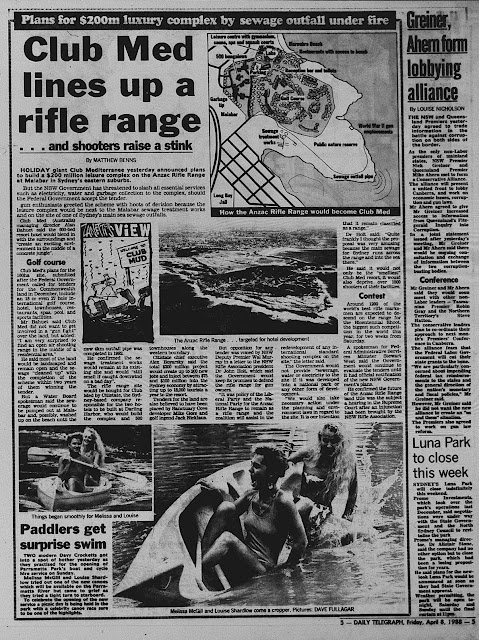 Development of the Malabar Headland has arisen from time to time. In 2015, circulated that part of the headland would be redeveloped into housing.

Below is an advertisement from 1971 promoting apartments for sale in the Rosedale complex. It is located at 420-422 Mowbray Road, Chatswood.

While the advertisement is listed as Lane Cove, it is located within the boundaries of Chatswood.

The price of the three bedroom units would equate to approximately $242 500 in todays to the RBA inflation calculator. 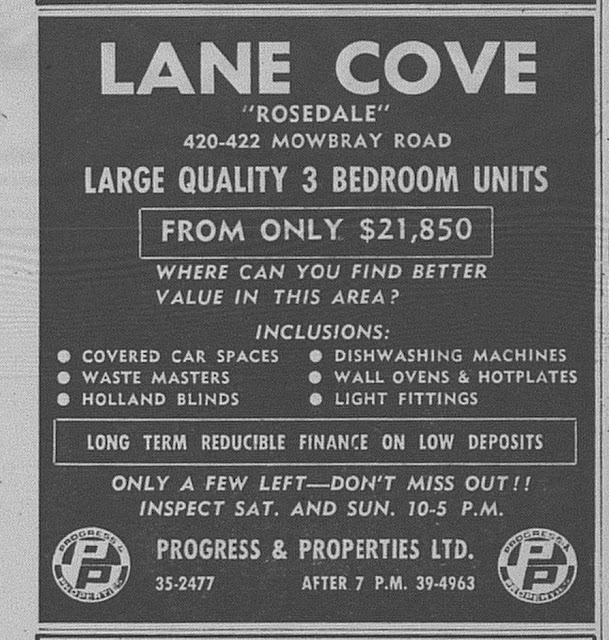 I recently located a newspaper report relating to a proposal for a combined International-Domestic Terminal at Sydney Airport along those seen today at Tullamarine Airport in Melbourne and Adelaide Airport.

It appears that the northwestern section of the airport had been selected as the site for the new terminal, where the new International Terminal would be built and opened in 1970.

Below is the article from The Daily Telegraph dated June 8 1965.

It would have been interesting had the Federal Government gone for the combined terminal option, especially if extensions had to occur in the years ahead. The space where the International Terminal is located is tight as it is today. Imagine sharing it with the Domestic Terminal.

We could have ended up even with separate terminals for separate airlines as seen in numerous airports. Sydney Airport's layout would have made this challenging.

Interesting to note in the article of a possible rail link to where the Domestic Terminals are located today, which was to be linked to a future eastern suburbs railway line. The Airport Line (2000) would eventually see a station built there along with the international terminal. It linked the city, but instead of serving the eastern suburbs, it serves the western suburbs through a direct connection to the East Hills Railway Line.

And a need for two parallel runways. Only one of them became reality as reflected in the third runway (1994).
Posted by Fabian Amuso at 00:00 No comments: